MUSIC REVIEW OF THE DAY: JERRY LEGER - SONGS FROM THE APARTMENT (Vinyl), TIME OUT FOR TOMORROW (Deluxe) 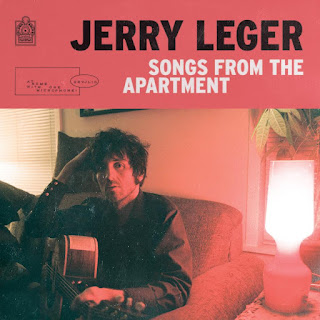 Some musicians are using the Covid downtime to work on new music, and others have used it to search back in their vaults for some forgotten treasures to release. Our favourite Toronto roots-rocker (well, mine) Jerry Leger has done both, and been quite generous about it, with a couple of new/old releases. There's finally a (red) vinyl version of his 2020 album Songs From The Apartment, which was a surprise album released digitally at the start of pandemic last year, a collection of acoustic cuts recorded at home, one mic. To spruce that up, Jerry's added a fine new single to the album, "Sweep It Under The Rug," done in the same style, just him at the piano.
You're not missing anything having the song released in this bare-bones version. I wouldn't want the ballad adorned in any way. It's a moving song, sad but looking forward, about a couple who find out they both have been untrue, but agree to put it aside, as there is still love and hope. As for his home demos, they show just how strong a composer Leger is, the songs fully formed before he hits the studio, not relying on other instruments to beef them up. 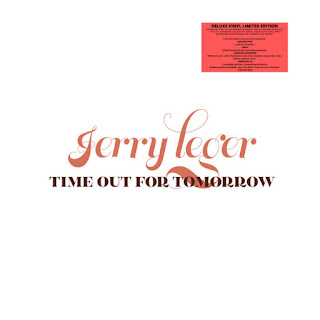 The other release just out is a deluxe edition of his 2019 album, Time Out For Tomorrow. I love this full-band album, produced by Michael Timmins of Cowboy Junkies, a big, guitar-centered album. Leger embodies the spirit of a bunch of classic songwriter-rockers here. I could throw out the all-star names, but the point is he sounds a little like all of them, while copying none of them. His work stands on his own, inspiring and engrossing. The great news here is that the album is now beefed up with a remarkable 18 bonus cuts. These include lots more demos, out-takes and some relevetory live tracks. Solo, live or with a band, Leger has become a songwriting treasure. Check out his site for buying details, and his YouTube channel for even more content.
Bob Mersereau at 12:04 AM
Share