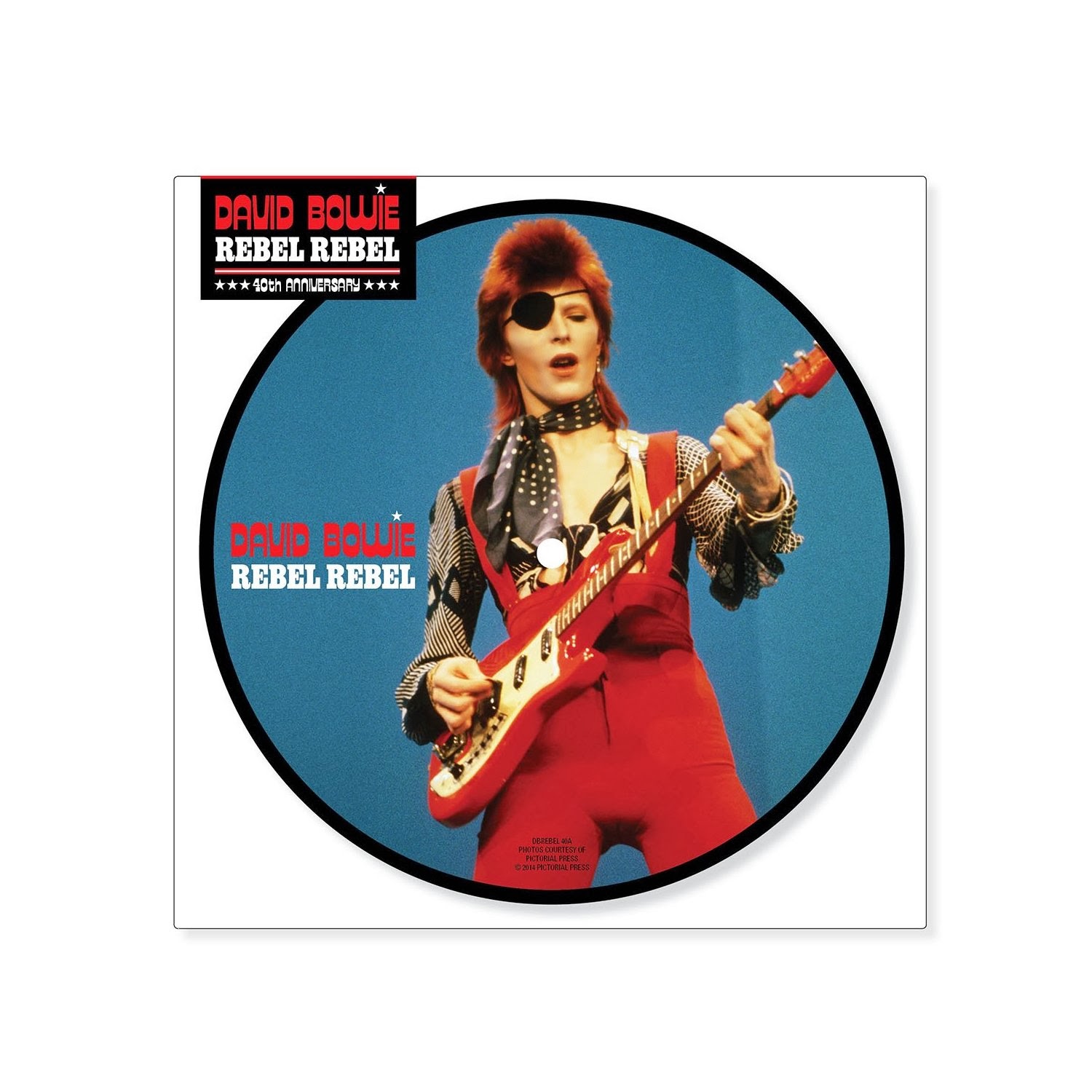 The on-going reissue series of classic Bowie 45's continues with one of his biggest. Each original single is being re-launched on the 40th anniversary of its first appearance, as a limited-edition picture disc, with a unique B-side. These are beautiful pieces, excellent quality pressings and gorgeous colours on the rare photos. In short, collectors should love them.

Some of these have already become incredibly rare, fetching prices upwards of a hundred dollars. Now, don't expect that from the later ones, the secret is out and probably a lot more are being demanded and pressed. Still, you'll enjoy having any of them, you don't need the whole set unless you're, well, like me, and have to have the complete set.

Previous singles have included rare and live b-sides of the main tracks, which I consider great, instead of the old b-side which most collectors will no doubt have. So I was a bit upset to see that the flip here was simply a remix of the normal version of Rebel Rebel. But wait! I forgot that this, the U.S. mix of the 45, is drastically different than the original. It starts, not with the familiar guitar line, but instead, with the line, "Hot tramp, I love you so." The song is taken apart, bits lifted from other areas, volumes raised, edits made, it's all recognizable but a much different experience. I have this on another CD compilation, but most won't and it's a smart and quality edition. I'm not the biggest picture disc collector, but I am a big Bowie fan, and this series has me hooked.
Posted by Bob Mersereau at 2:42 PM