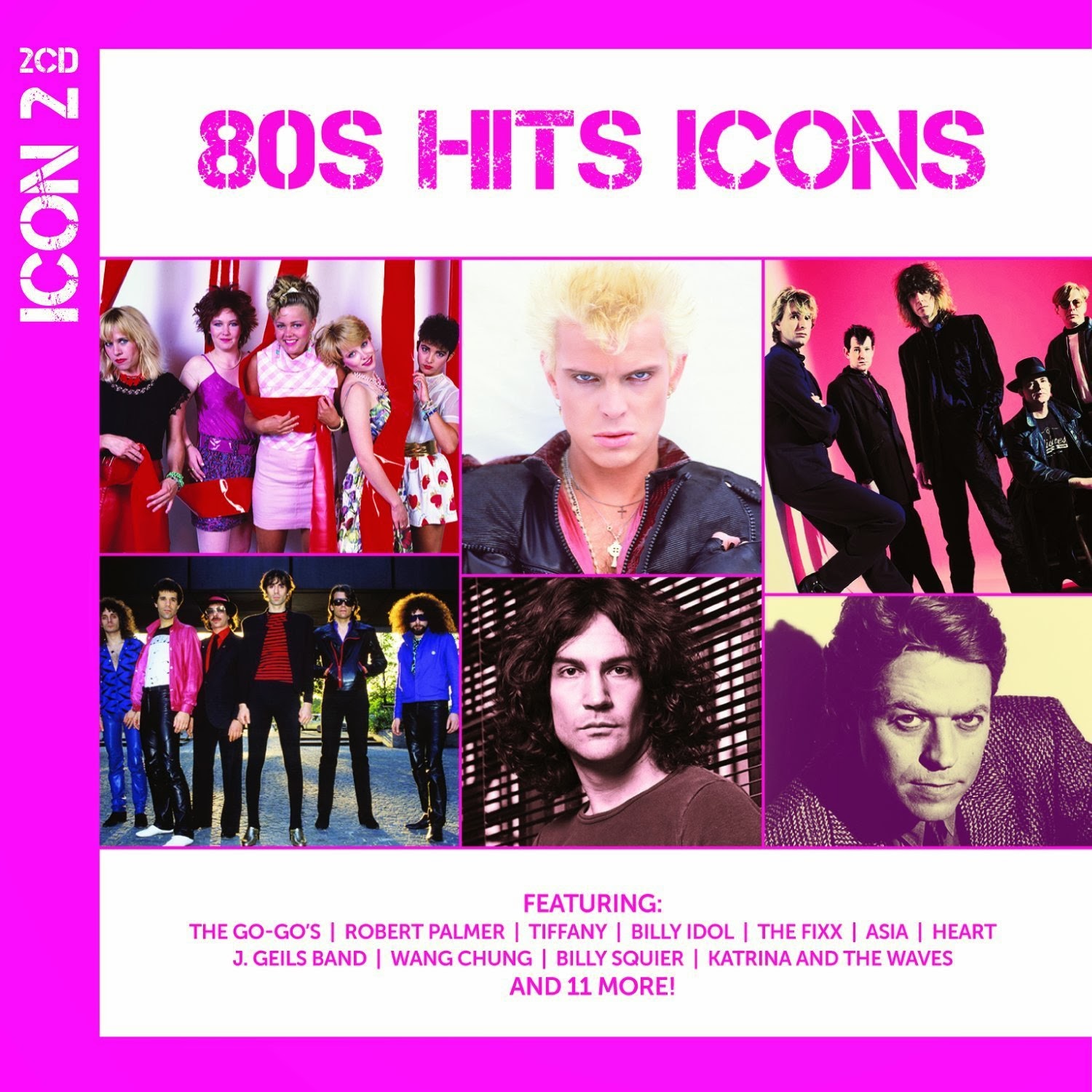 The Icon series was launched by Universal Music to provide yet another line of best-of's or greatest hits by their many artists.  That's because those are all that the few remaining mall stores still carry other than new releases and a few classic albums, so these fill the bill, and seem new.  With Universal purchasing much of EMI a couple of years back, they have lots more new artists and catalogues to repackage in the Icon format.

That also means they can cherry-pick hits, and plug them into these types of compilations.  Both these sets are double CD's, jammed with familiar tunes still played on lots of radio stations.  It worries me that the 90's are considered retro now, but that's just because I'm old and still think it can't be more than say, 2004, until I look at my calender.

I thought I'd like the 80's more than the 90's set, but the compilers have surprised me with pretty good selections.  I'm always up for Concrete Blonde's Joey, a great song in any decade, and as overplayed as it was at the time, Joan Osborne really did a fine job with One Of Us.  Sheryl Crow's All I Wanna Do is still fun, and New Radicals You Get What You Give is such a pop gem, I can't believe nothing else happened for them.  Sadly though, this was also the decade of Blind Melon, Sublime and Wilson Phillips.

The 80's set could have been better by far.  There are lots better choices for hits than the likes of Tiffany, Kim Wilde and Billy Squier.  For some reason, the bulk of the songs come from the early to mid-80's, and that means a lot of over-produced, dated sounds from The Fixx, Asia and Level 42.  There also seems to be an inability to make an 80's collection without including Don't You Want Me (Human League), Shout (Tears For Fears) or Karma Chameleon.  This was not my 1980's.  The 90's set does the job, but you can do better by making your own 80's mix.
Posted by Bob Mersereau at 7:39 PM