MUSIC REVIEW OF THE DAY: JOHNNY CASH - OUT AMONG THE STARS 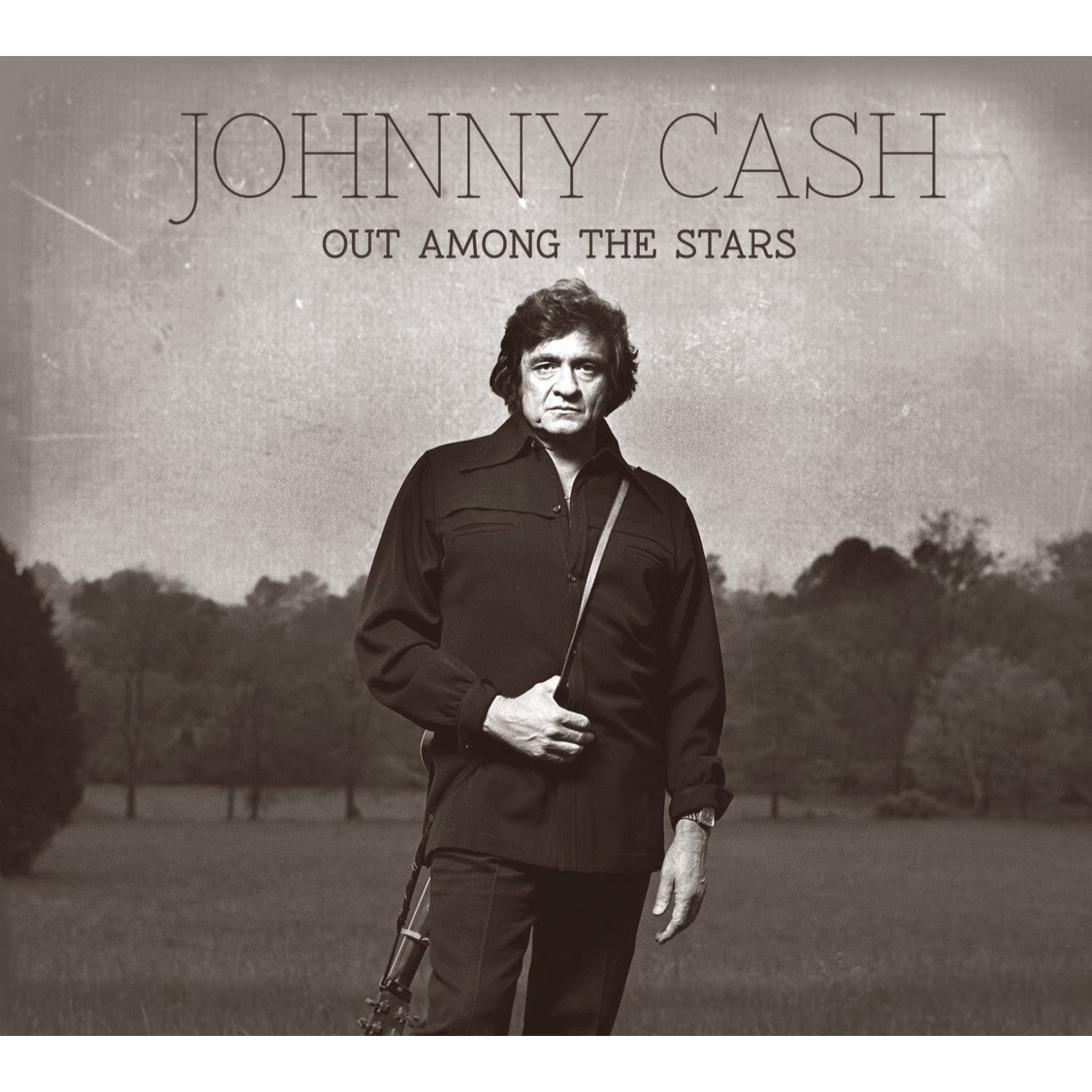 It's hard to believe there was a time when hardly anyone cared about Johnny Cash. The early 80's saw him adrift, with a record label uninterested in releasing his material, and country radio ignoring any of his new songs. It wasn't all their fault though; Cash was stuck for a sound, not going contemporary, still using pedal steel and backing singers, slick but 70's slick. Country radio was moving to cross-over sounds from the likes of Kenny and Dolly and Barbara Mandrell. Plus, Cash wasn't writing much. And, there was no such thing as roots music or Americana at the time, so the idea of stripping back his sound hadn't crossed his, or anyone else's mind.


His recordings of that time were hit or miss, mostly missing, but he was still Johnny Cash, capable of greatness when the elements were there. This collection was found recently in the archives by his son John Carter, and put together from sessions in 1981 and 1984, produced originally by Nashville Row legend Billy Sherrill. Sherrill was past his hit days too, so perhaps that was part of the problem, and really one can hear this stuff wasn't going to put Cash back in the hit parade. However, a good half of the songs sound great today. They are, quite simply, the well-written ones, with the least adornment.


There are a couple of fine duets with wife June, recalling their glory moments as country's power couple of the '60's. Baby Ride Easy is fun enough, but the gem is in the old-time ballad style, Don't You Think It's Come Our Time, using that Carter Family honesty they knew so well. Also fun is a duet with old buddy Waylon Jennings, a take of Hank Snow's I'm Movin' On, done as well as you'd expect two pros to do it, with especially good harmony from Waylon. The pick of the bunch though is She Used To Love Me A Lot, a heartbreak tale that Cash delivers with full strength. Obviously these were keepers in his mind. Another that he did write, Call Your Mother, is a sad one as well, not as good a lyric but close, about a dumped boyfriend asking the girl to say goodbye to her family for him.


It's always dicey when new elements are added to old tapes to spruce them up for release, and that's happened here. The parts weren't finished, abandoned before solos and overdubs were added. John Carter Cash has done the work to spruce them up, and quite well, you'd be hard-pressed to find the seems, and certainly it fits the feel, there's no attempt to modernize. Oh, except for one song, and its very much on purpose. Elvis Costello was brought in to create a modern track for She Used To Love Me A Lot, an alternate version to the earlier one of the album. He emphasizes the darkness, and drops in modern beats and atmosphere. It looks good on paper, but really, it's a pointless exercise and does nothing for the track, which is thankfully much better in its original form.


With hindsight, we all appreciate Johnny Cash a lot more these days, especially after his resurgence and regained stature in the last decade of his life. This isn't a lost treasure chest of tunes, but there are good ones, and its a decent collection. It's certainly worth its release, and worth owning if you're already a fan.
Posted by Bob Mersereau at 11:22 PM