MUSIC REVIEW OF THE DAY: PETER GABRIEL - SO 25th ANNIVERSARY 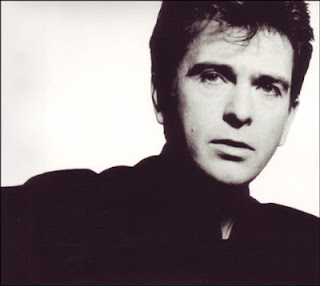 Ah, yet another Anniversary Edition of a classic album, 25 years on for Gabriel's So, the album that made him a big star.  I mean big, as in multi-millions sold, instead of the few hundred thousand he'd been doing before.  Quite simply, he went for it.  He, co-producer Daniel Lanois, and a small group holed up for an entire year to make it, bringing in pop tricks and lots of hooks to a couple of crucial tracks (Sledgehammer, Big Time), and cool guests (Kate Bush, Laurie Anderson) to keep his hip cred.  It was a perfect marriage of alternative, arty, and modern.  Oh, and then Gabriel did what had to be done to have a hit at the time;  he made one of the best videos ever for Sledgehammer, and the deal was sealed.

What you get depends on what you buy.  I have the three-disc version to review, which features the original album in a new remaster, plus a full live show from 1987 in Athens on the other two platters.  There's no radical new parts discovered in the mix, but it does sound brighter and richer than those dull 80's CD's.  At first I was a little bummed that the bonus for this version was the live show, because of what the Special Edition has to offer (see below), and also because I already have five Gabriel concerts on disc or DVD.  Later DVD shows are simply excellent, and the visuals are a big part of it (crazy light suits and a big bubble he rolls around in).  But I have to admit this is one grand live show.  Split between the new songs and old Gabriel faves from his first four solo albums, his command of the stage is epic.  This was before such stalwarts as Biko, Games Without Frontiers and Solsbury Hill had become old hat, and there's still an audience thrill as they appear.  Games especially is a revelation, thanks to a drastic remodeling for this tour.  True, there's no Kate Bush for Don't Give Up, but Gabriel does a good job covering both parts.

Now kids, here comes the bummer.  It's not what's here, but what's not.  The Deluxe Box Set, has a lot more goodies.  First off, the concert IS a DVD in this version.  Then there are bonus cuts galore.  There's a disc called So DNA, which edits together early demos, and the many versions of the tracks as they progressed over the years.  Then you get the original as a half-speed master pressing on vinyl.  Plus, there's a 12-inch single with two completely unreleased cuts from the session, and an alternate piano version of Don't Give Up.  Wait there's more.  That excellent series, Classic Albums, featured So at one point, so you get that on DVD.  And, a 24-bit digital download of the remaster, plus the unreleased trio of cuts.  Oh, and the 60-page hardcover book.  Buggers.  The price is decent at least, just under a hundred bucks where I checked, which is good for four CD's, two DVD's, two pieces of vinyl and the other stuff.  The three-disc set is only $25 though, so... So.
Posted by Bob Mersereau at 9:32 PM