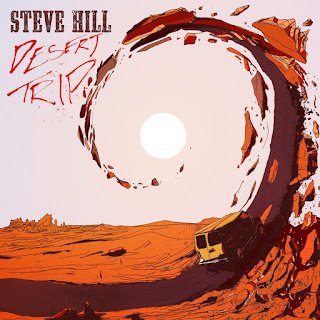 He may be from Montreal, but the desert fits Steve Hill just fine too. Inspired by a trip to Coachella in California, the ace guitarist went off-road in some iconic spots such as Death Valley and Yosemite, toured around and came up with a bunch of tunes that captured the vibe. It was a side trip musically as well, with Hill expanding his blues-rock into some wild western and alt-country too.
Songs "Rain" and "Judgement Day" have the feel of desperado movies, open skies and danger, with moody tones and lots of atmosphere. "Cold Heart" starts out as an acoustic confessional, and then blossoms into an alt-rocker when he hits the chorus. Renegades and loners appear, and that gives Hill a good opportunity to wow us with fast acoustic licks, like on the bluesy "Gotta Be Strong." In these shut-in days, this album feels like freedom.
Posted by Bob Mersereau at 12:22 PM No comments: 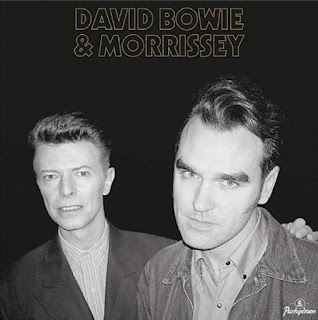 I have to admit I am fascinated and more than a little obsessed with the non-stop reissue and archive program for Bowie. Barely a month goes by without some new product. I've had to draw the line at some of them. I won't search out all the coloured vinyl reissues of his regular albums, that seems just repetitive. And there are now so many concert albums I've actually lost track of them. They all seem very good of course, and he did drastically change with each tour, but at some point you have to realize you're spending way too much time listening to one artist.
Each time you think the vaults must be empty of truly unreleased songs, they prove you wrong, The latest new material is featured on two 7-inch 45 rpm releases, cover versions of some famous material, by artists who were strong influences on Bowie. The first features two studio tracks recorded in 1998, for different projects .Bowie did a version of John Lennon's "Mother" for a tribute album, but that ended up shelved. Also that same year, when he was in the studio mixing some live tracks for his Bowie.net site, he recorded a version of Bob Dylan's recent song, "Tryin' To Get To Heaven," and that too has sat on the shelf until now. 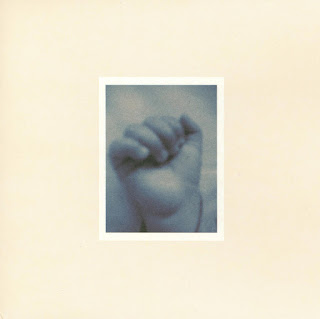 The version of "Mother" is pretty straight-forward, certainly no out-there '90's Bowie experimentation going on. Instead he lets his voice and emotion rule the track, the band really not much of a presence. As such, he doesn't add much to the song's legacy. Lennon's own version was so raw and claustrophobic, it seemed straight from one of his primal scream therapy sessions, so Bowie was never going to touch that. He should have messed with it more. That's what he did with the Dylan song, to better effect, creating a new opening with a prominent synth, and changing the melody and mood of the song. It's certainly odd and different lined up against the original, and I'm not sure it does the lyric any favours, but it's interesting and deserves to be out and heard.
Marc Bolan's spectacular rise and fall has relegated him to the second tier of rock fame, but without Bolan there certainly would have been no Ziggy Stardust, and for while Bowie seemed like the junior partner in their friendship. So when Bowie guested at a Morrissey show in 1991, a T. Rex cover seemed like a natural. The two of them sing together, Bowie doing his low voice for the first bit, and only an acoustic guitar behind them, so it must have been a quick decision. It's cool, but hardly a special moment. This has been on YouTube for ages, so it's no surprise, but the fact Morrissey has allowed its release is more interesting. He's had spotty relations with his former idol over the years, but then again, it's Morrissey, so who knows. It may be more of a question of him trying to get some good publicity for a change. Since this is technically a Morrissey single, not a Bowie, the b-side doesn't feature Dave. It's a cover of The Jam's "That's Entertainment," which Morrissey has already released once before. This is a new version though, recorded last year, much calmer than the original, but quite perfect for Morrissey. Funny, of all the covers here, it's the most successful.
Posted by Bob Mersereau at 9:14 PM No comments:

MUSIC REVIEW OF THE DAY: JEFF TWEEDY - LOVE IS THE KING 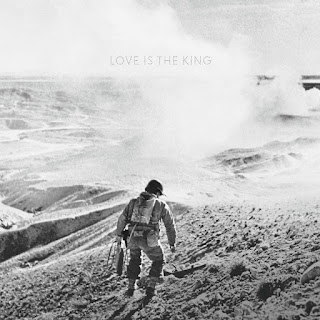 Pandemic, schmandemic. Wilco's leader Tweedy has kept going at his usual heavy pace despite being stuck at home. He's been putting out an album a year or more much of the last decade, between solo and band works. There's been an on-going reissue series of classic Wilco albums, with plenty of unreleased bonus material to organize.  Oh, and he wrote his second book, released in 2020 as well.
Of course being at home is not really an inconvenience for him. When he doesn't have Wilco around, he's got his kids Spencer and Sammy. In effect, he grew his own band. During Covid, the Tweedy family gave us an Instagram series called The Tweedy Show, with dad and the kids doing originals and covers, Spencer the drummer and Sammy helping on vocals.
Love Is The King isn't a thick and rich album, in the Wilco style. It's lighter, more light-hearted, easily-digested as opposed to the sonically dense group material. However, that doesn't make it any less rewarding, and offers a more accessible way to enjoy Tweedy. He has a great sense of humour, and the pressure's off. If Tweedy wants to write a country song, he just does it, and there are a few here. The lyrics are upfront and uncomplicated, but bang-on with Tweedy's warmhearted sincerity. In "Guess Again," he sings of eating tomatoes right off the vine, "and if you think that's the best thing/That I ever knew/Guess again/My Love/It's you." And "Natural Disaster" is another one to make you smile: "I've never been blown by the winds of a hurricane/Never been in a flood/I've never been buried up to my neck in mud/But I have fallen in love/And that's enough/Of a natural disaster for me." What's fun for Tweedy and his kids is just as fun for us. Vinyl enthusiasts can look for the clear vinyl version.
Posted by Bob Mersereau at 10:05 PM 1 comment: