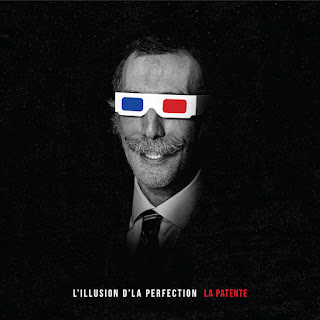 Here's the debut album from a fun folk quartet, with all members originally from Edmundston, N.B. They're quick to point out they are Brayon, not Acadian, but certainly share the same party approach common among their fellow Francophones. The group features banjo, stand-up bass, acoustic guitar and pounding drums, often reaching folk-punk intensity, somewhere between The Pogues and The Ramones, set in rural N.B. instead of Ireland or Queens.
Wild canoe trips, unfaithful husbands, cross-border smuggling and lots and lots of drinking feature in the songs, with some very rowdy and questionable characters. They are poor thiefs, pretty clumsy lovers, hopeless at romance but somehow still loveable losers, like in "Pardu mon char," where the hero loses his car ... in the river. If you see it, phone 261-6493. Of course it's all tongue-in-cheek, and the wicked banjo solos make it all a good time.
In concert, the band is lots of fun, and dancing is not just encouraged, it's expected. They throw in a few surprises, such as a version of "The Partisan," the anti-Fascist anthem made famous by Leonard Cohen's translation, but here featuring the original French lyrics. You can catch the album launch at shows in Moncton this Friday, Dec. 3 at 6 pm at Happy Craft Brewing, and then the hometown launch in Edmundston at the Centre des arts, at 8 pm.
Posted by Bob Mersereau at 12:46 PM 1 comment: