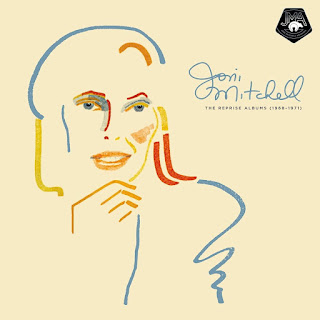 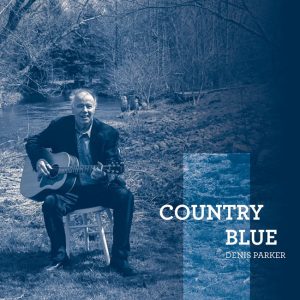 Newfoundland's Denis Parker is doing what bluesmen do best, getting better with age and experience. He's been at it since the late '60's, when he recorded two albums at Abbey Road in London with Panama Limited Jug Band, and more albums have come steadily since moving to NL in 1971.  On this latest, he handles almost everything himself, an acoustic album of 14 cuts, all but one self-composed. That includes three instrumentals that show his prowess at picking hasn't diminished a bit.
Although he's no stranger to group sounds, this time he chose to write solely in open D tuning, making the songs particularly mellow and rich. The instrumental "Daybreak" is a beautiful piece that's soaked in a good mood like a perfect sunrise, a sound that makes you glad to be alive. "The Golden Years" will make you smile for different reasons, as Parker sings about being a man of a certain age, who may or may not be him; "I got a cane when I walk too far/I smoke the odd marijuana cigar." Age comes up a few times in the album, but he's not complaining at all. Instead he's embracing it, and reminding us you don't stop loving someone with laughing eyes, or waxing poetic about a full moon. Oh, and millennials take note: If you want to know what sexy sounds like, check out his "Love Rushed In." Experience is everything.
Posted by Bob Mersereau at 12:43 AM No comments:

MUSIC REVIEW OF THE DAY: THE SUN HARMONIC - COAST TO COAST 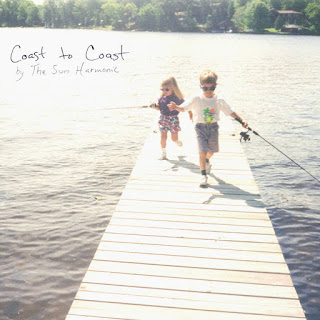 Here's a labour of love, a love of travel, and a travail to put together in trying Covid times. The Sun Harmonic is the band project of Kaleb Hikele, who does all sorts of styles awesomely. This album was a road trip, quite literally recorded as he crossed from the Pacific to the Atlantic in 2018, indoors and out, onstage and off. While the recordings proper happened in Vancouver Island, Toronto, Ottawa, Montreal and Halifax, bits and pieces were collected, added, and inspired by spots large and small. "Flying Over Saskatchewan" takes its title from the obvious, while some ocean waves were recorded on Cape Breton Island to give the true coast-to-coast flavour.
At the same time, Hikele avoided the obvious cliches, and didn't get bogged down in naming-checking lots of places or writing about Canada. Instead, the inspirations are more personal and subtle, with love for family being the larger theme. "Ocean"may mention on island on the west coast, but it's about a much-loved child. "Build A Boat" is a metaphor for finding a way past troubles, sailing on positivity. As a whole, the album is about the people and the places we hold in our hearts.
"Flying Over Saskatchewan" is an acoustic rave-up, with some fine riffs and gang vocals in the chorus, fast and fun. But for the most part, these are lovely, touching songs, gently performed, highlighted by Hikele's tender voice. The highlight is the closing track, "The Grand Old Lady Sails Away," apparently the last performance on the stage of Massey Hall before its major reno. Recorded with one mic in front of a small group of people, the fitting tribute to the hall is quite beautiful, and shows just how pure his voice is.
The album is being launched in stages; You can buy an early copy now on vinyl and CD, and digital downloads and streaming will arrive Oct. 1. All the info is at https://thesunharmonic.bandcamp.com/
Posted by Bob Mersereau at 5:30 PM No comments: 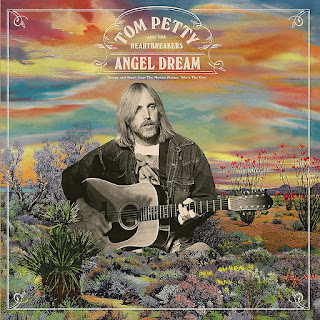 Last year's fantastic Wildflowers and All the Rest compilation, a grand total of five discs of songs from those early '90's sessions, was a welcome collection for Petty fans. But it did leave a bit of a problem with his catalogue. The 1996 soundtrack for She's The One had included several of the leftover tracks from those sessions, which now sit properly in the Wildflowers collection. So instead of doubling up on the cuts, the Petty Estate has refashioned She's The One into this new LP, by finding a few new tracks for inclusion.
The idea was to make the new Angel Dream a coherent album, rather than just a hodgepodge of leftover cuts. Of course, with Petty, his cast-aways are almost always of such quality that this becomes an easier task. Rather than take the approach of a soundtrack, which was how She's The One was assembled, this set is meant to present a normal 12-cut Heartbreakers LP. So we only get one version "Walls," instead of the two versions found on the soundtrack. That's a fantastic song of course, and the same can be said of "Angel Dream" and "Climb That Hill" plus his covers of Lucinda Williams' "Change The Locks" and Beck's "Asshole." Really, being on a soundtrack to a poorly-received movie did these songs no favours, and it sales and chart success suffered for it. Hopefully they'll find a wider audience here.
There are four brand-new songs added here, plus an extended version of "Supernatural Radio." Best of all is another cover, this one a J.J. Cale number called "Thirteen Days," a Southern Gothic piece that could have easily come from Petty's pen. "105 Degrees" may be lyrically slight ("What do you want? Perfection?") but is a classic Heartbreakers jam, one of the last recorded with outgoing drummer/trouble-maker Stan Lynch. "One Of Life's Little Mysteries" is a bit of grin, done in a vaudevillian style. The final new one is actually familiar, as it's an acoustic guitar and organ instrumental version of "Angel Dream," now called "French Disconnection." While there's no major new tracks on this reimagined album, it's probably now a more cohesive and digestable listen than the lengthier and scattered She's The One.
Posted by Bob Mersereau at 12:48 PM No comments: