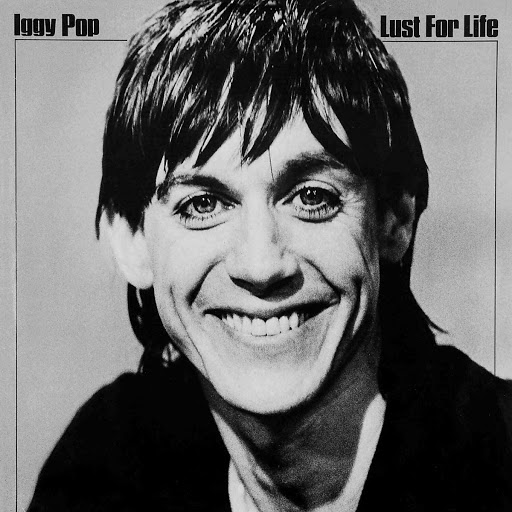 Iggy's late '70's recovery period has been reissued in a 7-disc box called The Bowie Years, reflecting his time spent working with buddy Dave and the release of two of his most acclaimed albums. Both The Idiot and its 1977 followup Lust For Life are also out separately as 2-disc deluxe editions, in case you want to cheap out, and don't need the four discs of somewhat similar live shows included in the box.
This period could just as easily be called The Iggy Years from Bowie's standpoint, because the pair were certainly feeding off each other, rather than Pop simply basking in Bowie's fame. In fact, when Bowie's songwriting dried up and became rather lame in the 80's, he went back and grabbed several co-writes from this period, including "Tonight" and "Neighbourhood Threat" from Lust For Life, and most famously "China Girl" from The Idiot. And Pop was the lyricist for these and all the tracks, so Bowie wasn't dominited. It can be argued that Bowie helped Iggy clean up his music (like the pair were cleaning up from substance abuse), and certainly these albums are much more accessible than the raw Stooges work of his past. But we also get to hear more of the depth of what Iggy writing, a little bit more complicated than "I Wanna Be Your Dog." Also, who would say that "Lust For Life" doesn't rock hard and fun, propelled by Hunt Sales' glorious drums.
Lust For Life is also home to the effective and dark "The Passenger," eerily catchy and epic, and smaller but punchy numbers such as "Sixteen," and the terrifying "Turn Blue" ("Whoa mamma, I shot myself up"). There's a distance in the songs, written under the cold Berlin influence where the pair had decamped for part of this period, and while Iggy had changed dramatically from the Stooges period, in truth there wasn't much more to do in that earlier style, and the Bowie/Iggy collaboration was more about art than ferociousness.
If you opt for the 2-disc Lust For Life, you get a reissue of the concert album from the period, T.V. Eye 1977 Live. Although an edited affair, it does catch this tremendous band firing well, famously with Bowie on keyboards. While he was somewhat hidden on stage, the mix features his backing vocals up loud at times, as the troupe goes through new Iggy material and some Stooges faves. It's worth the upgrade if you don't have this live set in your collection.
Posted by Bob Mersereau at 2:33 PM