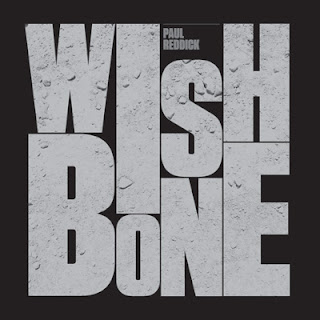 A little more rocking than the last couple of roots-solid albums from Reddick, this one sees him teamed up with producer/guitarist Colin Cripps (Junkhouse/Jim Cuddy).  That means the fire burns a bit more, but still the spotlight remains on Reddick's top-flight songwriting.  The guy has only gotten better since his days fronting award-winning blues team The Sidemen, and remains one of the few who can truly come up with a full set of new and different tunes in the old genre.

Well, really Reddick doesn't even sound like most typical blues people, as you'll never find a cliche or the same old same old, unless he's quoting on purpose.  Luna Moth and Butterfly references juke joint danger and gambling den lingo ("Forty-Four and 32-20" and "Who bet Seven, who bet Nine?"), and sounds spooky and swampy, but certainly modern.  Devil's Load is revved-up rockabilly, with you-know-who hot on his trail.  I Ain't Sentimental sees Stones riffs being spat out all over, a powerhouse number that just got added to my list of great mix-tape songs.

Reddick's lived-in and husky voice is totally believable, completely him.  He's not trying to emulate classic singers, this is just him, singing about life the way he lives it.  So strong is his presence in the songs, you sometimes forget his main axe is the harp, and he's one of the best in the country.  But Reddick rarely plays it with bluster, and does comparatively few solos.  It's not a show-off instrument the way many use it.  Instead, his harp playing is part of the whole, more often used to give another shade to the picture, making a number sparkle or become spooky.  But when he does let loose, get out of the way.  Take Me Ruby is a tremendous workout.

So, Wishbone is a bit more electric and nasty than previous solo stuff, Sugarbird and Villanelle, and as much as I love the roots-and-crafts feel of those albums, it's great to hear him blow off the hinges here.  There's too many groups trying to do it who can't come close to this combination of power and talent.
Posted by Bob Mersereau at 10:48 AM