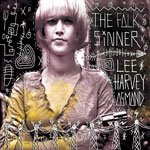 One might be tempted to call this group Tom Wilson's side project, his time-filler when the others in Blackie and the Rodeo Kings aren't available.  One would be quite wrong saying that.  With this second album, Wilson shows this more experimental group is just as central to his music-making as is the roots-rock of Blackie, and he puts just as much effort into the group whether playing live or in studio.

LHO lets Wilson explore his bluesy, darker side.  This is slower, more atmospheric, and certainly scarier stuff than his Blackie or solo material, night-time music for those who refuse to sleep before 5 AM.  There are few verse-chorus-versus structures, or 12 bar workouts, but instead sinewy, unfolding mysteries that build in tension over a hypnotic melody.  Once again Cowboy Junkie Michael Timmins handles production, which is sparse and spacious, Wilson's voice recorded softly but way up in the mix.  While acoustic guitar, deep bass and soft drums keep the songs going, instrumental touches are flown in like Vegas guest stars, including all sorts of percussion, from vibes to blocks, the smallest solo touches of dobro, synth, harmonica, and horns.  Most of all it sounds dark, like somebody turned the lights off in a very big ballroom; the band is still playing, but you can't see what else is going on around you.

Wilson being Wilson, he breaks out a few classic songwriter numbers along the way as well.  There are three tracks that could have easily made a Blackie disc, and make for good changes of pace, including the acoustic set closer Deep Water, sung with guest Margo Timmins, in all her languid glory.  Lee Harvey Osmond is always open to friends, and here regulars Ray Farrugia, Aaron Goldstein and Brent Titcomb are joined by a stellar cast of pals, including Colins Cripps and Linden, Skydiggers Andy Maize and Josh Finlaysan, vocalists Astrid Young and Oh Susannah, and the wonder that is Hawksley Workman.  Each one of them knows a few things about mood and shadows; a superb cast for this Album Noire.
Posted by Bob Mersereau at 9:37 PM