MUSIC REVIEW OF THE DAY: MIKE BIGGAR - GO ALL IN 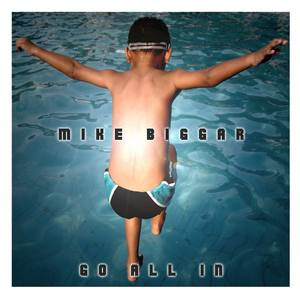 With the East Coast Music Awards happening in his home city of Saint John next month for the first time in 15 years, I'm betting the ever-exuberant Mike Biggar can barely contain himself right now. He may have miscalculated with his latest album though. Instead of launching it just before, he might have rushed to get it out a few months ago, because it surely would have landed him a nomination or two.


Biggar has been focusing on his roots-country songwriting, hitting us with all the rhymes, puns and homespun wisdom he can muster. When he isn't turning cliches inside out on his own, he's teaming up with fellow East Coasters Chris Cummings, Chris Kirby and Charlie A'Court to make them even stronger. Kirby's soulful touch comes head-to-head with some harder-edged country rock on Playdate. Cummings likes a laugh just as much as bigger, and among the four tracks he co-wrote is While The Getting's Good, which finds a guy seeing his belongings thrown on the front lawn, with the Facebook status on the relationship changed to "It's complicated." A'Court joins big-time on Love & Insanity, taking care of some sizzling lead guitar.


While Biggar can do those songs with a smile just fine, it's the mid-tempo ballad where it all shines for him. That's when his high-toned voice takes control, such as on Leaving These Days. Along with pedal steel, mandolin and strong backing vocals from fellow Saint Johner Lisa McLaggan (Tomato Tomato), Biggar reminds us that he's capable of some pretty powerful singing too.
Posted by Bob Mersereau at 9:29 PM