MUSIC REVIEW OF THE DAY: DAVID PICCO - OUT OF THE PAST 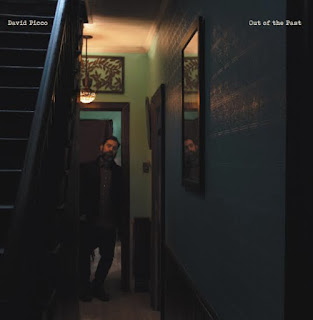 Yes, St. John's rocks too, and that's plain to hear right off the bat on Picco's fifth album. "Down The Road And Gone" leads the album with a punch and swagger, roots-rock with edgy guitar and old-school organ, like your favourite bar band on a Friday night. His core group (Sean Murray on guitar, keyboardist Ryan Kennedy, drummer Chris Donnelly and bassist Paddy Byrne) is a big part of the songs, giving the cuts unity and band spirit. I'm particularly enamoured with all the piano across the album, something you don't hear much of these electronic days.

When he moves into more thoughtful lyrics, like on "See You Around," Picco and the band shift into a more relaxed, alt-country sound, acoustics to the front, pedal steel moving around the vocal. "Nowhere To Turn" is the emotional centrepiece of the disc, and while it's tinged with sadness (and more pedal steel) about tougher times, is in the end a celebration of a love and marriage.

Things get rockin' again as the album moves on, with "Comin' Around Again" a heartland number in the Blue Rodeo/Mellancamp school, "High As A Kite" is tougher guitar stuff with cool harmonies and a great mood, and "Born Too Late" is more fun, more piano. This is a tight, well-sequenced album at 10 songs, no filler, with a good mix of styles and moods, the way a record should be.
Posted by Bob Mersereau at 8:11 PM