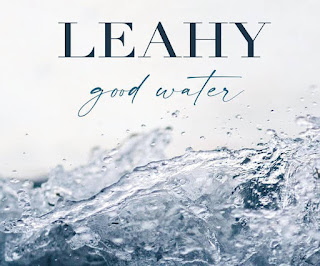 Man, that's a lot of Leahy's. I count seven in the beloved Ontario family band these days, some of the eleven siblings not active these days, others stepping in to take their place, including a couple of next-generation members. With the changes, they are sounding a lot more progressive these days, with more modern instruments and a world music sound on several cuts, more Enya than trad for sure. Produced by Canadian David Bottrill, with plenty of prog and rock credits from Peter Gabriel to Rush to his credit, there are plenty of big-sounding epic tracks here, lots of soaring vocals, moody keyboards and prominent drums. With Donnell, Doug and Angus all on the sidelines, the fiddle content is way down, not even showing up until the third song on the album.
So, a new chapter, but still with moments of the old "Call To Dance" instrumental excitement. Both "Little Moon" and "Star of the Sea" have that fiddle-and-drum Irish swing, where the group's long-standing prowess as dynamic players takes over. For the rest though, Denise's vocals shine, on rockers such as "Joanne" and the piano ballad "Falling." And for the full family story, check out "My Old Man," which tells how the Leahy music dream got passed down, albeit with the generational shift in tastes we hear in this latest version of the group.
Posted by Bob Mersereau at 9:28 PM