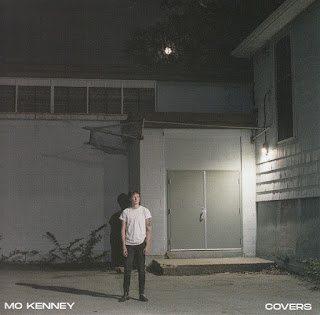 When Mo Kenney first appeared on the East Coast music scene about a decade ago, one of the songs that made her stand out was her striking solo cover of Bowie's Ziggy-era "Five Years." Stripped of its camp and swagger, Kenney's version brought a chilling humanity to the song, allowing the end-times lyrics to stand out. Kenney has always enjoyed throwing a curve-ball cover into her live show, and for her fourth album she delivers a full set of them.
The album was recorded simply at New Scotland Yard studio with the usual crew, producer Joel Plaskett and engineer Thomas Stajcer. Mostly it's one instrument, guitar or keyboard, and Kenney's vocals. That's key because it lets us focus on her emotional readings of songs that feature thoughtful and sensitive lyrics. Also, we get to hear what it was like for Kenney starting out, learning her favourite songs and adapting them to her interpretations.
The opening track, Big Star's beloved "Thirteen," gives a good sense of the type of song Kenney admires, Alex Chilton's tribute to teenage passion all heart and sentimentality. Kenney has curated a fine bunch of surprises as well, everything from fellow Haligonians Dog Day's "Slow Death" to Guided By Voices' "Game Of Pricks" to Magnetic Fields' "Strange Powers." Her version of "Sour Girl" by Stone Temple Pilots manages to put Scott Weiland as close as possible to Carly Simon. Of the better known songs, Patsy Cline's "You Belong To Me" is a strong reminder of the power of classic songwriting. Her remodeling of The Kinks' "I'm Not Like Everybody Else" featuring one-note spacey organ by Plaskett is more a statement than a pop song. Only the best-known number here, Tom Petty's "Yer So Bad," fails. Slowed down, it's too plodding, and it's supposed to be fun. But without question, Kenney's a singer who owns a song, and inhabits them as well as she does her own writing.
Posted by Bob Mersereau at 10:05 PM