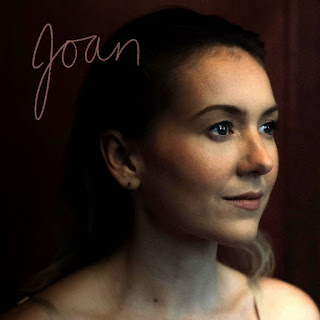 The East Coast Music Awards just wrapped up, and with many of the showcases happening just a couple of blocks from my house, it was easy to take in lots of sets. It quickly became obvious how much we've missed live music, and particularly this event during the pandemic. Sure, musicians have continued to release new songs and done online performances, even the occasional live show. But this was a full-on, Covid-be-damned, forget social distancing, old-school concert, band after band. And despite everyone's best efforts to make due the past two years, there's no comparison. Watching music on your computer just doesn't match up to being in the same room as the players, with a crowd of people.
It also became obvious to me how behind I am in the East Coast music world. In the three years since the last ECMA's, there's been a new wave of performers step up to the top ranks. Seeing them live drove that home, so it's time I got caught up on a backlog of reviews and spotlights.
I'll start with Alicia Toner, who has quickly risen from up-and-coming to star status. That's already been acknowledged nationally, as she won the 2022 Solo Artist of the Year trophy at the Canadian Folk Music Awards, for her latest album, Joan. The P.E.I. singer-songwriter has already had a varied career, starting out in classical music, as a violin player in the New Brunswick Youth Orchestra, and then spending a decade in theatre in Ontario. When she first recorded five years ago, you could still hear a little of that larger-than-life theatre voice, but with the songs on Joan, she's found her more subtle voice for the touching ballads ("When I Was A Kid"), and a drama-free one for the rockers. She is now one effective singer.
"Call My Name" is a giant song, showing off every bit of her vocal prowess. It starts with moody, mysterious and slow verses, Toner singing sweet and pure. Then it explodes, and as the music thunders, she lifts and soars above it all, with opera-singer power. With a fast return to its quieter level and quick ending, it leaves you a little stunned at all the emotion she packed into that four minutes.
While she was singled out at the folk awards, I'd use that term loosely when describing her, as the Joan album is far more electric and intricate, and more pop than what I think of as folk. Produced by Stuart Cameron and Peter Fusco, acoustic moments are adorned with atmospherics, ringing and powerful accents and the occasional dirty guitar lines. But the production never becomes cluttered, as Toner's voice is allowed to be the main instrument throughout, as it deserves.
Seeing her live confirmed the energy and tension she brings to her songwriting, and why she's become an East Coast A-lister. The good news is a new album is on the way with the same team, and hopefully lots more concerts for everyone to check out.
Posted by Bob Mersereau at 1:01 PM