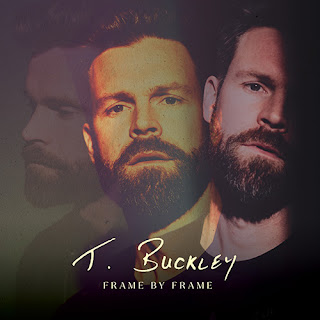 Fredericton's Living Roots Music Festival starts June 2, and runs until Sunday the 5th at various venues around the city. I was chatting with a friend this week about finally getting back out to crowded music shows of late, and he mentioned he hasn't always enjoyed being out among people in the past, but it sure feels great now. I agree, I have much more patience for crowds and strangers these days. Eek, am I becoming an extrovert.
Anyway, the Living Roots fest is growing stronger, and features a diverse lineup of international, national and local roots performers. with solo and band shows. There are even some punk and rock shows if that's your scene. There are curated stages with three or four acts on the bill, plus a few single-act coffee house shows as well, a strong mix. Plus the ticketing options are smart, you can go to one or a couple of shows, buy in advance or at the door, or do the whole pass structure. All the options are out there, from daytime shows to late night. And they've kept prices affordable, even free in some cases, with most gigs $10 to $15.
Highlights include the hot Newfoundland trad group Rum Ragged kicking things off Thursday night at Grimross Brewing. That banjo bigshot Old Man Luedecke from Nova Scotia is headlining Friday night at the same venue. Meanwhile, a cool indie-rock singer-songwriter from Australia, Anna Smyrk is playing at the Tipsy Muse early Friday evening. Saturday is jam-packed with outdoor patio shows daytime and indoor ones later, including Canadian Folk Music Award-winner Alicia Toner, who I featured in my last column. As well, alt-country faves The Divorcees lead the pack at The Broken Record Saturday night. Sunday I'm hoping the weather holds well for an afternoon at the Cap patio, with another show by Smyrk, along with PEI's Nikki Gallant, and local stars Kylie Fox and The Montgomery St. Band.
Here are a couple of others to check out:  Alberta's T. Buckley is touring his latest album, Frame By Frame, an album about community and connections, friends and family. Buckley's a current favourite writer of mine, able to craft a profile in a line: "He had a mouth just like a sailor, and a poet all the same." He's got the right voice to make those characters touch your heart as well. He's around for solo shows Thursday at the Tipsy Muse and Friday at the Cinnamon Cafe.
And Kristen Martell from Nova Scotia is in town to launch a new single from her album Every Season, which is coming out in the fall. "Should I Run" is a lovely bit of atmospheric folk, both catchy and moody, and blissfully hypnotic. Check her out at The Thirsty Muse Saturday at 7 pm.
Posted by Bob Mersereau at 2:01 PM