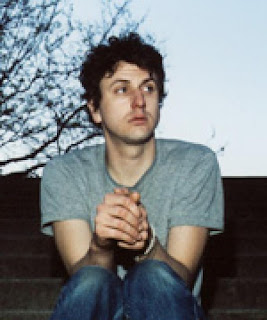 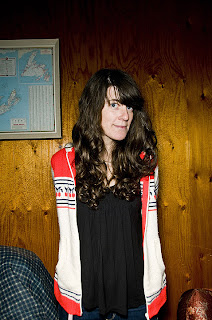 Indie darlings Julie Doiron (Eric's Trip, solo) and Will Kidman (Constantines) are planning to record a duet album of classic covers in the near future. That word comes from Doiron's long-time manager, Peter Rowan. The duo are currently on tour under Doiron's name, playing club dates on the East Coast, Doiron on electric guitar and vocals, and Kidman handling either drums or guitar, and acting as her duets partner on certain cuts. They did U.S. and Canadian dates a year ago as well.

While no titles have been set in stone, at a Fredericton gig on Wednesday, the pair rolled out a face-to-face, one mic. version of The Everly Brothers/Gram and Emmy Lou favourite Love Hurts, a lively take on Sam Cooke's Bring It On Home To Me, and the Merle Haggard-Willie Nelson number Reasons To Quit. The rest of the show came from Doiron's bulky catalogue, but with a much louder and boisterous sound than usually associated with her. Aside from the covers and a couple of other numbers, most of the night she played with her black Hagstrom turned up loud, and Kidman wailing away on his kit. Doiron just got off the road from a lengthy cross-country tour as a member of Gord Downie's County of Miracles band, where she served as his on-stage vocal partner. She clearly is enjoyed this louder part of her career, although her most recent album was the ancient folk offering Daniel, Fred and Julie, featuring Daniel Romano and Fred Squire.

Rowan couldn't offer a time-table as to when the disc would be recorded. The duo play Halifax's Seahorse Pub tonight (Friday), and Doiron's former home town of Sackville N.B. on Saturday, with Baby Eagle opening. Ontario and Quebec club dates are coming in February. For details see juliedoiron.com.
Posted by Bob Mersereau at 10:26 AM