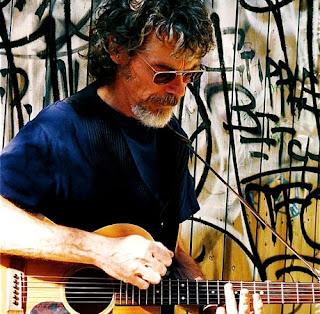 Simply put, David Baxter knows how to do it.  For over 30 years he's been a go-to guy, as a producer, session man and band mainstay.  He's a guru to young musicians in Toronto, one of those people musicians want and need to have as a friend.  When it comes to writing and playing on songs, all that knowledge and taste and skill flows like wine.  Now in his fourth pro decade, he's suddenly discovered he's a recording musician as well, with his second album in three years.

This is a class collection from start to finish, with Baxter surrounded by pals Justin Rutledge, Tressa Levasseur, Gary Craig (Blackie & the Rodeo Kings drummer), Jason Sniderman (Blue Peter keyboardist) and a lovely duet with Catherine MacLellan to close out the show.  This select crew makes it all sound exactly right, like roots music should.  You get country, folk, and a little bit of roots-rock.

I wish there was a bit more of the stronger stuff, to be honest.  Baxter and the group get a strong groove going on Magdalena, a great 70's flavoured tune that reminds me a bit of what Dylan was doing on Desire and Street-Legal.  Or maybe it's David's somewhat croaky vocals.  If there's a fly in the ointment it's that he's not the strongest singer, more of a well-worn sound coming from those pipes.  Age gives it gravitas though, so a crooner like River Moon comes off nicely.  He leans towards country-flavoured numbers, and he does them perfectly, especially the tongue-in-cheek warning She's Drinkin' Again.  But the disc leans a little too far that way, when it's obvious the guy has more tricks up his sleeve.  The Sweetest Flower In Ontario is nice, and well-done, but old-fashioned, and there's probably already enough other country on the disc.  He livens it up with some Cajun in the mix, but I'd kill to hear a whole album of the Magdalena stuff.  But at least he's doing it all perfectly, and try finding any album like that, it's a mark of true talent.
Posted by Bob Mersereau at 3:45 PM