MUSIC REVIEW OF THE DAY: JARED LUTES - WAITING ON YOU

I have a weekly column on CBC Radio 1 here in New Brunswick where I focus on East Coast music.  I've been doing a version of it pretty steadily since 1985.  It's each Wednesday on the Shift program, at around 4:45 Atlantic time.  As a firm believer in recycling, I shall also present it here.  You'll notice a bit of a difference in the writing style, as it's meant to be performed on radio, but you'll get the idea. 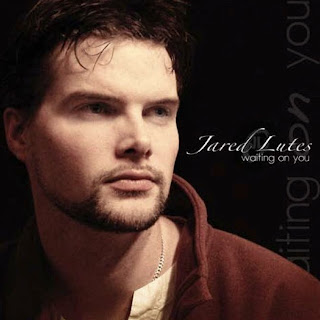 JARED LUTES - WAITING ON YOU
When I hear the name Lutes around here, I'd say that person is probably from the Moncton area.  It's one of the great old Moncton names, going way back to 1766.  A German fella, one of the original settlers of the area, came out of Pennsylvania actually, along with some other Germans of that region.  They had made a land deal down there to go settle some land in this area, all British colonies of course.  You had Lutes (then spelled the German way, Lutz), and Trites, and Stief, which became Steeves, a family that took over Albert County and owns it to this day. They came on Captain Hall's ship, and where they landed, they called that Hall's Creek, and still do.  That's a primer on how Lutes got to Moncton, and why you still find lots of them there.

Including one Jared Lutes.  A great many of you have probably seen Jared in action over the past decade, as he's been one of the most in-demand and active players on the East Coast.  Sometimes he's solo, sometimes he's with his band In Tandem, or with his significant other, and long-time music partner Marie-Josee Poitras.  Lutes does well over a hundred shows a year, which means every weekend, probably twice a weekend.  Ask any Maritime musician, that right there is pretty much of the peak of live performing around here.

So, while he's a veteran player, Lutes hasn't really been that active on the recording scene, although he's long featured originals in his shows, and has been working hard to hone that craft.  He did do an album back in 2007, but describes it as an amateur effort, something to learn from.  However, he did like a lot of the songs he'd written for it.  And those became the foundation of his most recent project.

This time, for his disc Waiting On You, Lutes decided to make it the professional project he'd wanted.  Working with his touring band and Los Angeles producer Howard England, it was decided to concentrate on the best songs they had, all killer, no filler, and use the results as a showcase of his talent.  That means there are just six tracks here, but Lutes is one of many recording artists who have realized the old idea of having 10 or 12 songs isn't necessary anymore in the digital age.  Most people only want to buy the tracks they like now as downloads, so why not just cater to that idea, and keep the price low on the physical CD as well.

Playing for so long, in so many different places, to so many different crowds, Lutes has had to be a musical chameleon.  He's had to learn most popular styles, and be ready to adapt to any crowd he faces, whether they want old rock or new country.  You can hear how that has informed his songwriting, and within six songs he does give us a lot of styles, from ballads to pop would-be hits to East Coast singer-songwriter to modern nashville.  Often Saturday night dance crowds don't want you to be yourself, they want you to be their favourite singers.  It's no surprise to me that All I have To Say would be a perfect Lennie Gallant song, or Waiting On You could be from Blue Rodeo, one of Cuddy's ballads.  That's another way of saying this guy writes and signs very well.  I'd call it adult pop, from somebody who has made it his business to know what you like when you go out.  The trick is to add your own spin on the style.  Lutes' main assets are his voice, determination and professionalism.  And the strongest songs on this disc sound like radio hits waiting to be discovered.

Posted by Bob Mersereau at 8:02 PM