MUSIC REVIEW OF THE DAY: SOOZIMUSIC 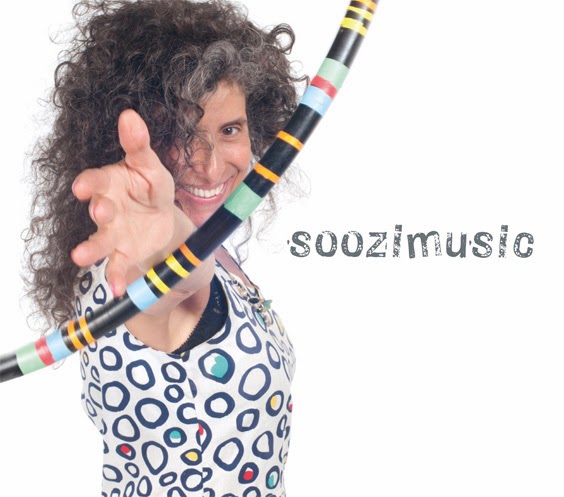 Going solo after fronting the Cajun group Swamperella, Toronto's Soozi Schlanger opens up to include both humour and heartache, ranging from rockabilly to stripped-down acoustic to her own fiddle-fuelled fun.  With a big, real voice she can conjure up Wanda Jackson or Lucinda Williams, and make you wanna cry or sing along.  Most of all she writes straight-shooting, tell it like it is tales, whether they are from the woman's side of unrequited love among buddies (Just Friends) or the rowdy life of someone who just won't be tamed (Wild Pony).

Soozi has a knack for dropping a line that'll knock you back a couple of steps.  Describing the flotsam in the slim crowd in the rundown Old Queen's Hotel where she's playing, she informs us "Three out of four sittin' at that bar have been there since '72."  Falling for the sweet talker in Pointy Alligator Shoes, she admits "I slipped from the ledge of my common sense/and I hang off the edge of each lie that you tell."  She wraps up her stories nice and neat, you feel like you've gotten to know the characters well, and your heart's been nudged.  Soozimusic has a lot going for it.
Posted by Bob Mersereau at 8:08 PM