MUSIC REVIEW OF THE DAY: THE MIDNIGHT SPECIAL (DVD) 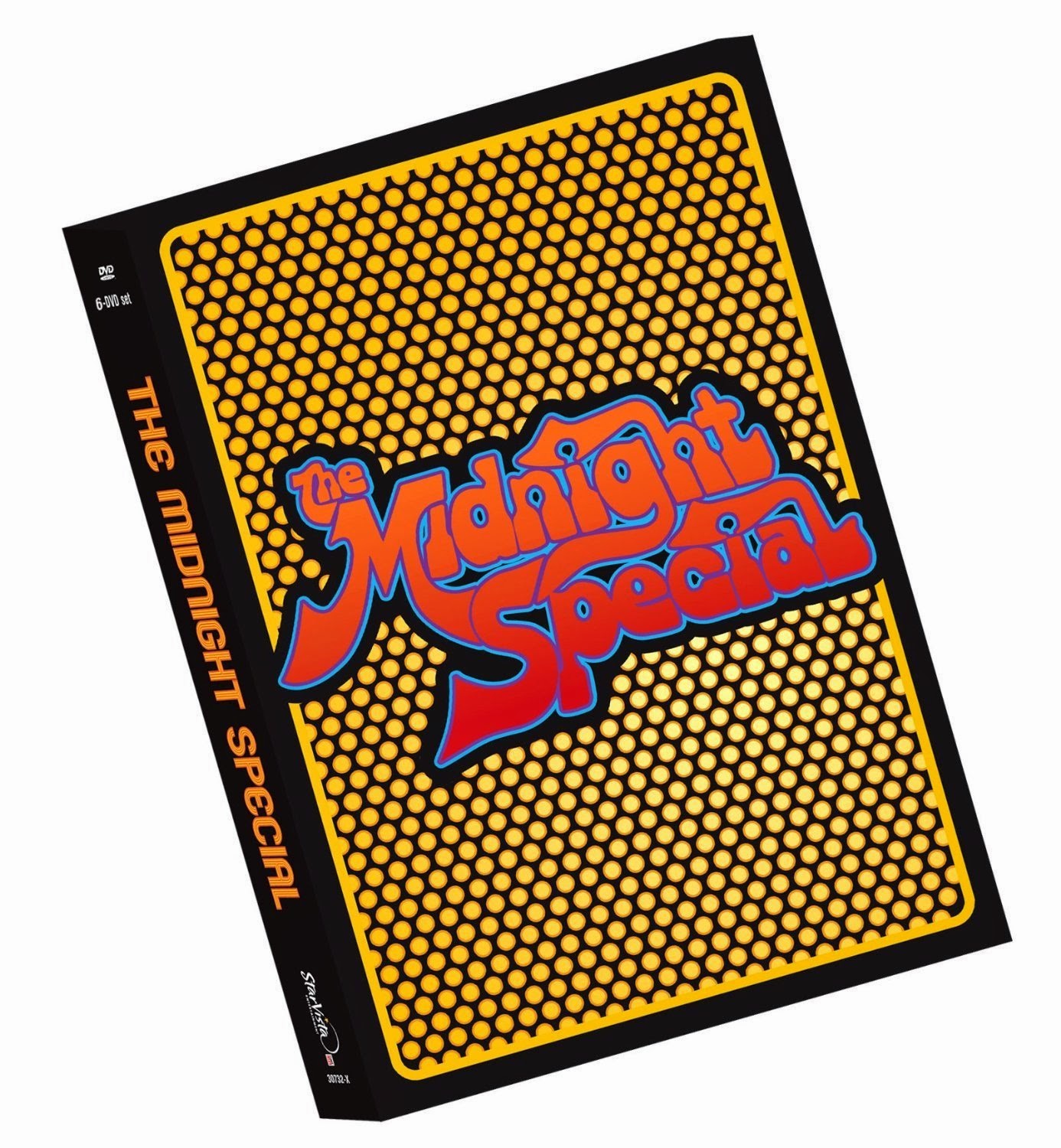 Previously available only by mail order, the vaults of Midnight Special hold some pretty special performances. Now a six-DVD package picks some of the best moments, plus adds a few interviews and featurettes about the 70's late-night TV show.


Burt Sugarman created the show in 1972, looking for something to fill the midnight slot on Friday nights. Only kids would be watching TV then, his thinking went, so on came the rock and roll singers. Now, Burt wasn't the hippest cat, and his tastes went more to the Top 40 and showbiz side. But he didn't discriminate either, and if you were hitting the charts, you could make the show. So you could have Aerosmith singing Dream On one week, and Rupert Holmes doing the Pina Colada Song the next.


The hosting was just as scattered, with Wolfman Jack along for much of the series, doing his famous, corny act. There were also performer-hosts, from Helen Reddy's ready-for-Vegas approach, to Curtis Mayfield's casually cool presence. We don't get complete shows; instead, there are three or four performances from each one featured here, a piecemeal approach that makes me worry about what wasn't included from say, Tom Petty the night we get a great American Girl and Listen To Her Heart. Really though, in order to get this done to a manageable amount, from the hundreds and hundreds of shows means there is a ton of great footage back in the vaults.


Highlights here include the young Linda Ronstadt doing a powerhouse live vocal on Long Long Time, The Doobie Brothers appearing when Jesus Is Just Alright and Listen To The Music were new, our boy Gord Lightfoot with Sundown and If You Could Read My Mind, and Marvin Gaye's What's Going On and Let's Get It On. There are plenty of one-and-two-hit wonders, such as Redbone, Dobie Gray and Stories. And even the kitsch is fun to watch, including Reddy, Olivia Newton-John and the fabulous Village People. Remembering watching this show through the 70's, there was always something you could enjoy each week. I do hope there's more coming.
Posted by Bob Mersereau at 2:03 PM