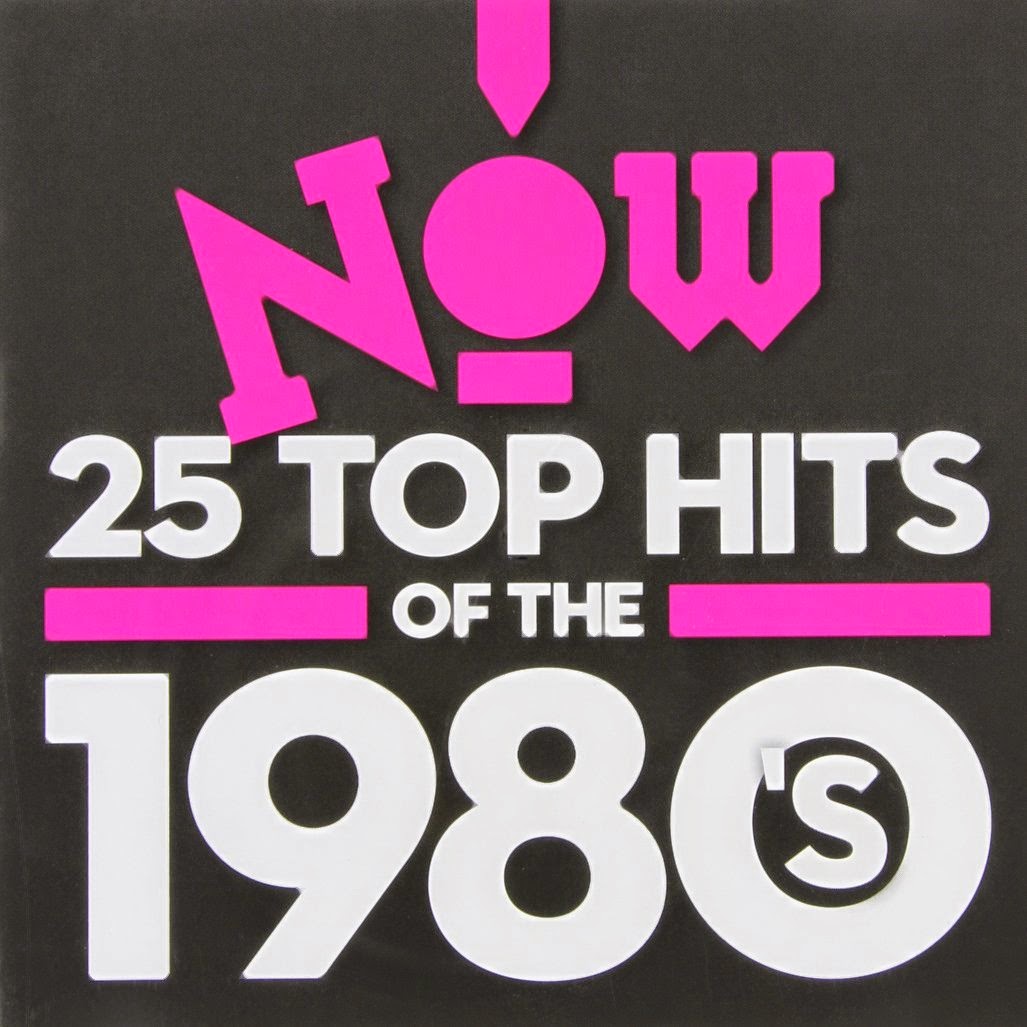 Well, what do you know? It was the '90's that sucked for music, not the '80's after all. At least, that's if you go by the tracks included on this series of double CD's. I'd like to be at the meeting sometime when they select tracks for these things. Also, I'd love to know who the target audience is, and why they keep using the same songs over and over. Anyway, the 90's collection really does suck: Vanilla Ice, followed by Hanson, the worst Spice Girls song (Wannabe), the song that seemingly must be included on every 90's set (All Star, Smash Mouth), and Achy Breaky Heart. 25 cuts included, I'd keep maybe five of them.


In comparison, the 80's set comes off like 1966, full of hits. There's a find mix of R.E.M.'s The One I Love into Tainted Love into Split Enz's I Got You. The 80's New Music hits come off nicely on disc one, with Simple Minds, Tears For Fears, The Fixx and The Human League all doing there thing. There are very few gawd-awful cuts, although Whitesnake's Here I Go Again and Culture Club's Do You Really Want To Hurt Me need to be buried somewhere safe.


The 70's, how do you mess up the 70's? Here's how: You follow The Band's Up On Cripple Creek with Love Will Keep Us Together by Captain & Tennille. This perhaps the worst song pairing I have ever heard on a collection. I now have an aural example of "from the sublime to the ridiculous." Other duds included here are the theme from Rocky, Gonna Fly Now, not something you ever need to hear, and Kool & the Gang's Ladies Night, Other than that, it's a pretty good collection but still, totally ruined by that opening salvo of The Band/Captain & Tennille. For shame.
Posted by Bob Mersereau at 1:09 PM