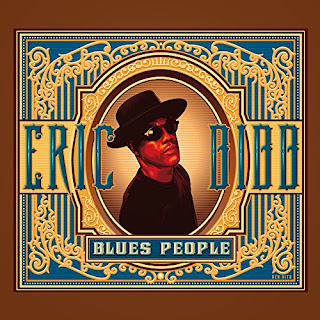 A masterful blues collection, covering acoustic, gospel, ancient and modern, from jug band to funk. Mostly, there's a spiritual flow that connects it all. Bibb has set up the album with a series of roles for guest stars, including Guy Davis, Ruthie Foster, The Blind Boys of Alabama, Taj Mahal and Canadians Harrison Kennedy and Michael Jerome Browne on guitar.


Bibb explains that the theme is the path that his people, the blues people, took from slavery to citizenship, a journey that still continues. It's socially-aware music, looking backward to remember, forward to progress. Concepts can make for stuffy affairs, but Bibb has come up with a broad selection, and a lot of excellent material. Rosewood is story about a town in Florida where the homes of African-Americans were burned to the ground, with several people killed, seven officially, but the song suggests the true number was hidden. Dream Catchers, featuring Kennedy and Foster, looks at the hope of Civil Rights. There's room for classic, purely musical moments too, such as Guy Davis' tune Chocolate Man, written in the 20's acoustic style, when the blues was still bawdy and humourous. It's rare to have this much variety in any album, running through so many styles and emotions. It was a big concept and undertaking, and Bibb's project is a success in every way.
Posted by Bob Mersereau at 9:19 PM