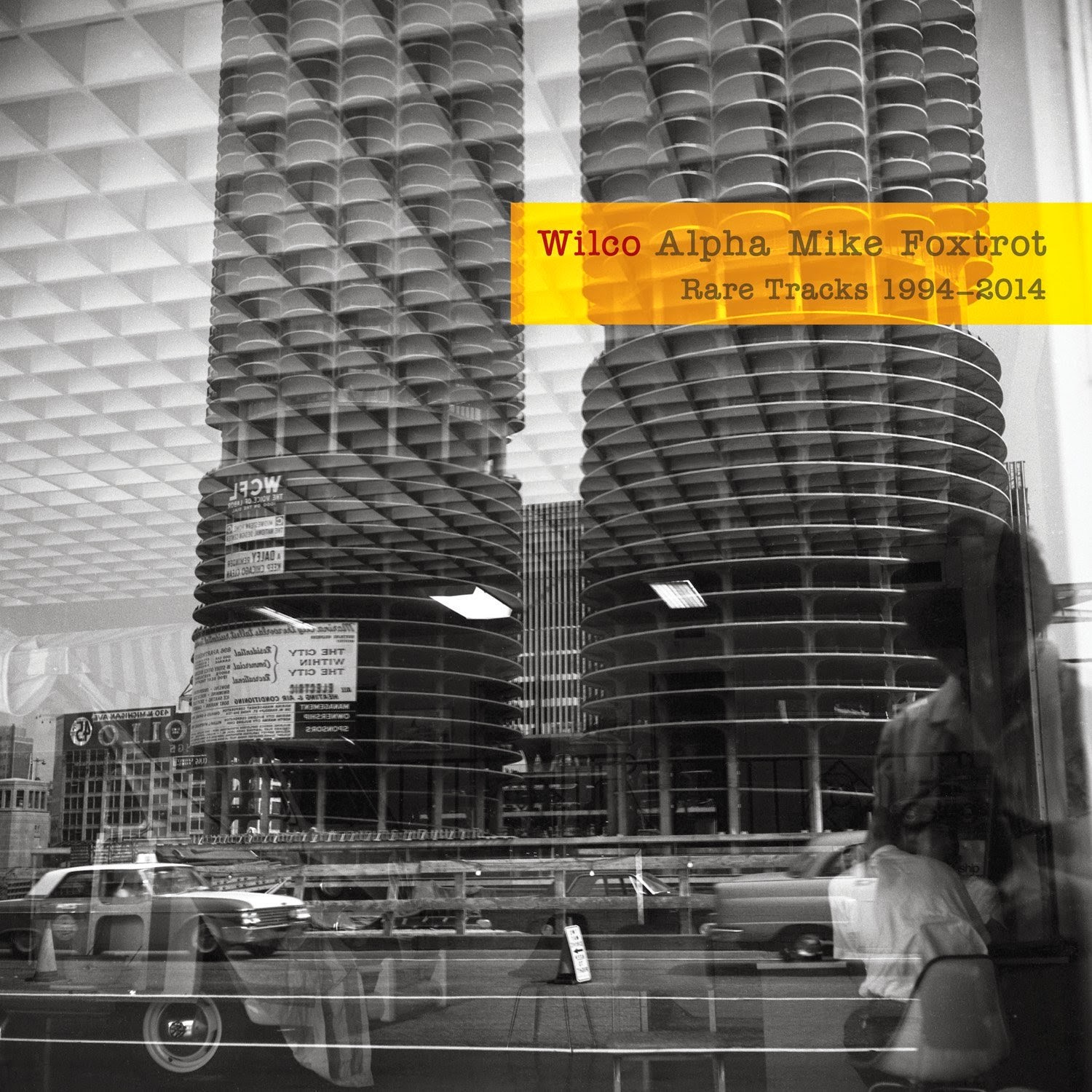 Wilco is a band that has always been great to the fans.  Member John Stirratt says leader Jeff Tweedy has an empathy for them, and his writing reflects that.  In the liner notes to this new rare cuts collection, he states what Tweedy knows best is "the listener's relationship with rock 'n' roll music."  In other words, the band tries to get us what we want.  As a fan, what I always want is more.  That can mean more new and exciting music, and more from a period that I love.  If I love an album, I want to hear what the songs sound like live, maybe early versions, maybe discarded songs from the same sessions.  Not everybody is like that, but there is a whole rabid fandom that is, and Wilco fans tend to be that passionate type.

Part two of the Wilco 20th birthday celebration is this new four-CD collection of rare cuts, to accompany the two-CD best-of set What's Your 20? reviewed earlier this week.  The group has been sneaking out this gems over the past two decades every chance they get.  When they released a single, it would get non-album B-sides.  Sometimes those would differ in Europe.  If a radio station wanted, they would play live, and that would come out, maybe on a local-only disc.  The group's label would send out special promotional items to stations and reviewers (thanks Warner!) that had obscure numbers.  Songs were remixed for airplay.  Movie soundtracks would get new stuff.  There were downloads for fans. Now, here it all is.  There's a lot of it, and it's grand.

There are plenty of versions here that differ from the originals, some for better, some worse, some that take on new forms live, some that are played for a lark, and are treated as such.  The nice thing is, Tweedy doesn't try to edit this too much.  For instance, he says he can't see why anyone would want to listen to the band do Steely Dan's Any Major Dude Will Tell You, which they contributed to the soundtrack of Me, Myself & Irene, but I love the thing, almost as much as I love the original.  A crazy, punked-up version of Passenger Side from a 1997 live show is nothing special to me, but I'm sure there will be some that appreciate it.  There's that connection with the listener again, Tweedy lets us decide.  He couldn't stand the radio remixes insisted on by the label in 1999, but played ball and let them be done.  And even though he thinks they still sound dated and desperate, they are here as well.

The biggest surprise is just how much there was once it was all brought into one spot; a dizzying 77 tracks.  I'm pretty interested in the group, but I had forgotten they did a tune for the SpongeBob SquarePants movie (Just A Kid), or the great version of One Hundred Years From Now, where they punk up a country tune for the Gram Parsons tribute disc.  And those were some of the few I already had.  There are so many terrific works-in-progress, like the demo for Monday, that are new to me.  This really is a present to fans, especially for those who never got to see all those delicious promo and B-side treats over the years.
Posted by Bob Mersereau at 2:06 PM