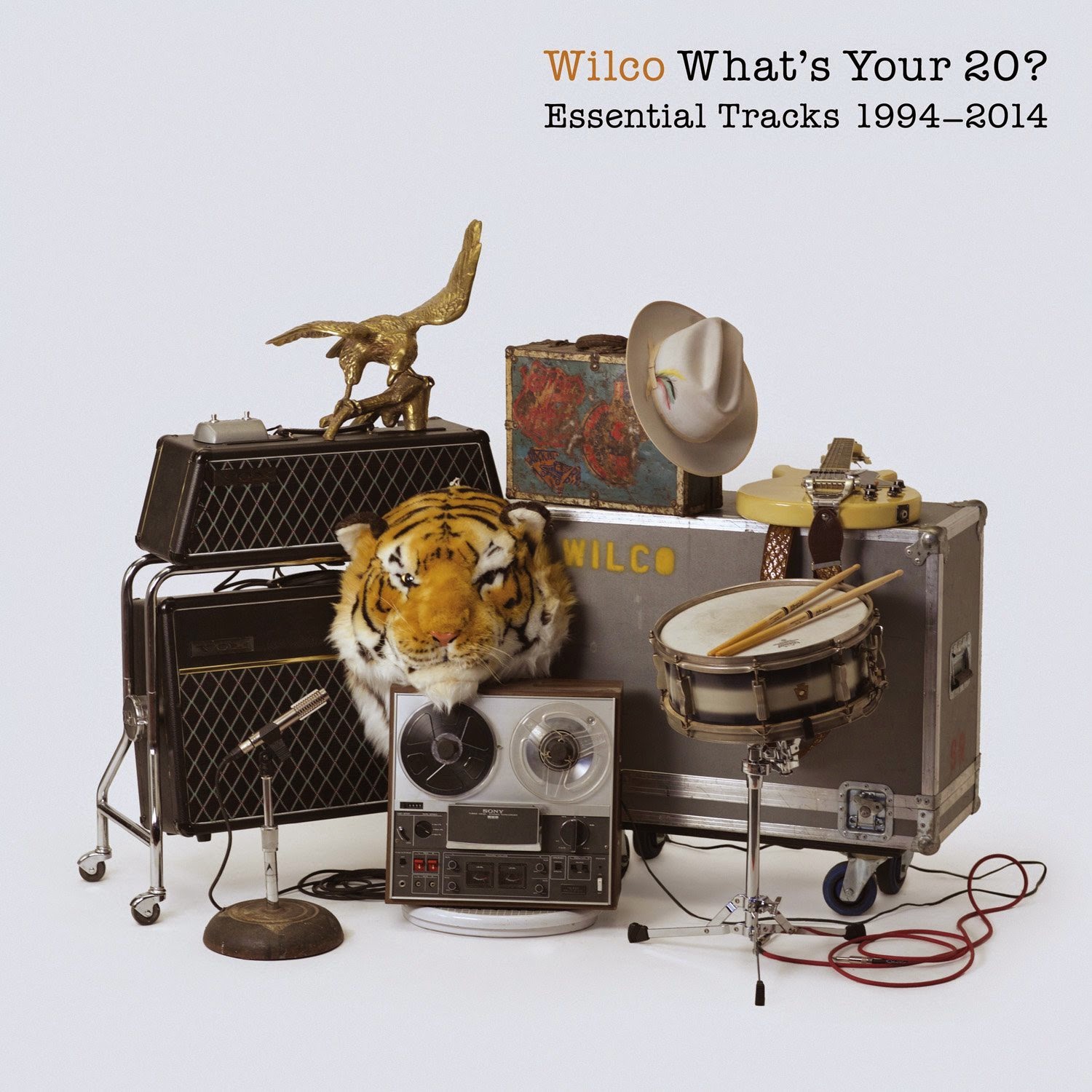 It's a year of looking back and wondering about the future for Wilco.  20 years in, few bands have gone through such major upheavals and kept growing.  There's few bands period that can say the best work wasn't during the first rush of excitement.  As this collection shows, there have been highlights throughout, no plunges and quite a substantial legacy.

What's Your 20? is advertised as essential tracks, 38 of them spread over two discs.  It would be pretty hard to argue with that title or the majority of the choices.  Each studio album is represented equally, including the Mermaid Avenue sessions, with three tracks, including the beloved California Stars.  The second album, Being There, includes the terrific one-two punch of Monday and Outtasite (Outta Mind), when Jay Bennett joined the group and helped steer the ship towards concise, and effective roots-rock.  But as was so openly documented in the break-up film I Am Trying To Break Your Heart, Jeff Tweedy needed to be in charge, and needed to make more left-field and artistic albums.  Bennett was out, free-ranging avant-guitarist Nels Cline came in, and against the odds, Wilco became more popular, not less.  Perhaps it was simply that there were lots of great roots-rock bands around, but none like this.

Disc two sees a whole new band, with Tweedy's lyrics a fascinating combination of sentiment and nostalgia, crossed with occasional bursts of surrealism and the feeling it's all a dream.  And when things get too pretty, he can unleash Cline to blast some newly-invented sounds from his strings.  There's a philosophical depth to most of the songs, and a playfulness that suggests Tweedy is winking at all this.  How serious is he when he suggests in Wilco (The Song) that his band will be there to love the fans?  Well, yes and no, they are genuine in their connection with the audience, and they have one of the richest relationships with the hard-core, but Tweedy's a disconnected voice in the headphones, happier to be the presenter of music folks love, and he's not going to have dinner at your house.

It's a set that keeps throwing favourites at you, especially on disc two, when tracks such as Jesus, Etc., Heavy Metal Drummer, Theologians, Handshake Drugs and Walken see the band come into their own.  There is nothing new here, but don't fear fans.  Instead of throwing on a couple of rare cuts, you'll find them and much, much more on a new four-disc set of non-album material called Alpha Mike Foxtrot.  I'm now going to digest that, and get back to you.
Posted by Bob Mersereau at 8:02 PM