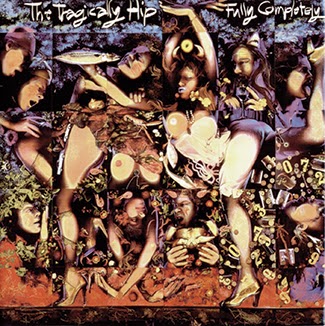 You've heard of gold records, and platinum ones. That's pretty impressive. But there's a bigger one, the diamond award. That goes to albums that sold a million copies in Canada alone. Gold is just forty thousand (fifty thousand until a couple of years ago). When you look at the list of diamond-certified albums, you'll see all the familiar names; a bunch of Beatles, Thriller, Rumours, The Wall, Bat Out Of Hell. There are some Canadians that have managed the feat in our own country, including Alanis Morissette, Shania Twain, Bryan Adams, Celine Dion and Avril Lavigne. There are currently 99 discs on the list of either diamond or double-diamond (2 million copies) sold in Canada.


One stands out. Not because it was a big hit, but because it had to beat the odds. All the discs mentioned above were huge, world-wide hits. For instance, Bryan Adams sold 12 million copies of Reckless around the world. That means there was a ton of publicity about the record flooding into Canada from the U.S., millions of dollars of promotional money being spent by his record company, and Canadian radio and video stations had no second thoughts about adding the singles, since the Americans were already playing those songs. But that didn't happen to The Tragically Hip. Aside from a couple of markets in the U.S., the band was pretty much unknown outside the country. But a storm had been building in Canada, and Fully Completely exploded in 1992.


It showed there had been a sea change in listening habits for Canadians Through much of the '80's, the hit bands had been those who sounded the most American. But the '90's saw groups that were distinctly Canadian become favourites, including the Hip and Barenaked Ladies at the top of the sales charts, and others such as Sloan and Rheostatics in the college and alternative world. They sang about what was around them, from Canadian places to Canadian stories. It's not difficult stuff here; Fifty-Mission Cap was about Toronto Maple Leaf Bill Barilko, we heard about Jacques Cartier and the Paris of the Prairies. Meanwhile, The Tragically Hip roared across the country, with a terrific live show, and the hoards of fans made radio stations play their music, even though it wasn't on the U.S. Billboard charts.


It is a major accomplishment, and deserves this Deluxe Edition. From the original sessions come two previously-unreleased songs, including the current single, the fine Radio Show, certainly worthy of being issued before. Disc two is an exciting live show from a private party at Toronto's small Horseshoe Tavern, shortly after the album's release. If you want to shell out for the Super Deluxe, you get a DVD of a 1993 tour documentary and a collector's book, or you can go the reissue vinyl route, and get the two bonus tracks as a download. It's now 22 years old, but this thing still rocks today.
Posted by Bob Mersereau at 10:42 PM