MUSIC REVIEW OF THE DAY: U2 - SONGS OF INNOCENCE 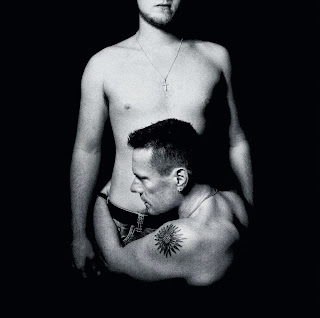 I thought I'd wait a bit for all the gnashing of teeth to end over the Apple giveaway controversy before reviewing this. I even waited to listen to it, ignoring the free version in my iTunes account, instead choosing the old-fashioned, play the CD route. I mean, if you went by the initial reaction to this, you'd think it was an affront to music, an Antichrist of an album, the work of people hoping to poison your taste. Gee, all they tried to do was give you their new album, free.


The irony is that most of the griping came from people who didn't listen to the record, didn't want it, and somehow got offended to find it in their files. Mostly, they just hate Bono, and find him smug. Hell, even Bono finds himself smug. He's a rich rock star, he's gonna seem smug to pretty much everybody. The worst crime this album makes is sounding basically like a U2 album, even though the group did try to shake things up. Folks, it is not that bad, and if you get by the controversy and rhetoric, you may find value in it.


The album finds the group looking back to their formative years, not an uncommon idea for those in middle age. It's in the lyrics, not the sound. Lead track The Miracle (of Joey Ramone) refers to a concert all the members of the then-unknown group saw, where The Ramones made it all clear to them what needed to be done. California (There is no End to Love) references the first trip to the state for the group, a fantasy visit for people from their upbringing in Ireland. Of course, the tension and the troubles of their country are the backdrop for lots here, but aren't played for too much emotion, instead it's just the way it was. It was probably a lot more dramatic a childhood than most of ours, so give them a few more legitimacy points.


Musically, U2 does try to break the mold for the collection. Gone are usual producers Eno and Lanois, replaced by Danger Mouse and a quarter of others, including Flood. Sadly, it's not a big difference, which might have helped. The biggest aural evidence is in moments such as backing vocals, and the sweet choral opening to California. But until The Edge is convinced to throw away his effects rig, U2 is always going to sound like U2,


This is an album that holds up well, even better, through repeated plays. That's especially true given all the negativity surrounding it. I was ready to hate it, pick it apart for minor flaws that seemed much greater the first time through. In truth, I've come to enjoy about half of the songs here, not a bad ratio for a gigantic, smug rock band. Hey, maybe you'll like the album more if you pay for it. The hard copy comes with a bonus disc, 46 minutes long, that includes a giant, 20-minute acoustic and strings medley of the main songs on the album, which is actually refreshing, and perhaps better than the produced versions. So please, stop complaining about getting an album for free, it's not like it was the reunion album for KC and the Sunshine Band. Oh wait, retro hipsters would probably applaud that.
Posted by Bob Mersereau at 8:14 PM