MUSIC REVIEW OF THE DAY: BOB MARLEY & THE WAILERS - EASY SKANKING IN BOSTON '78 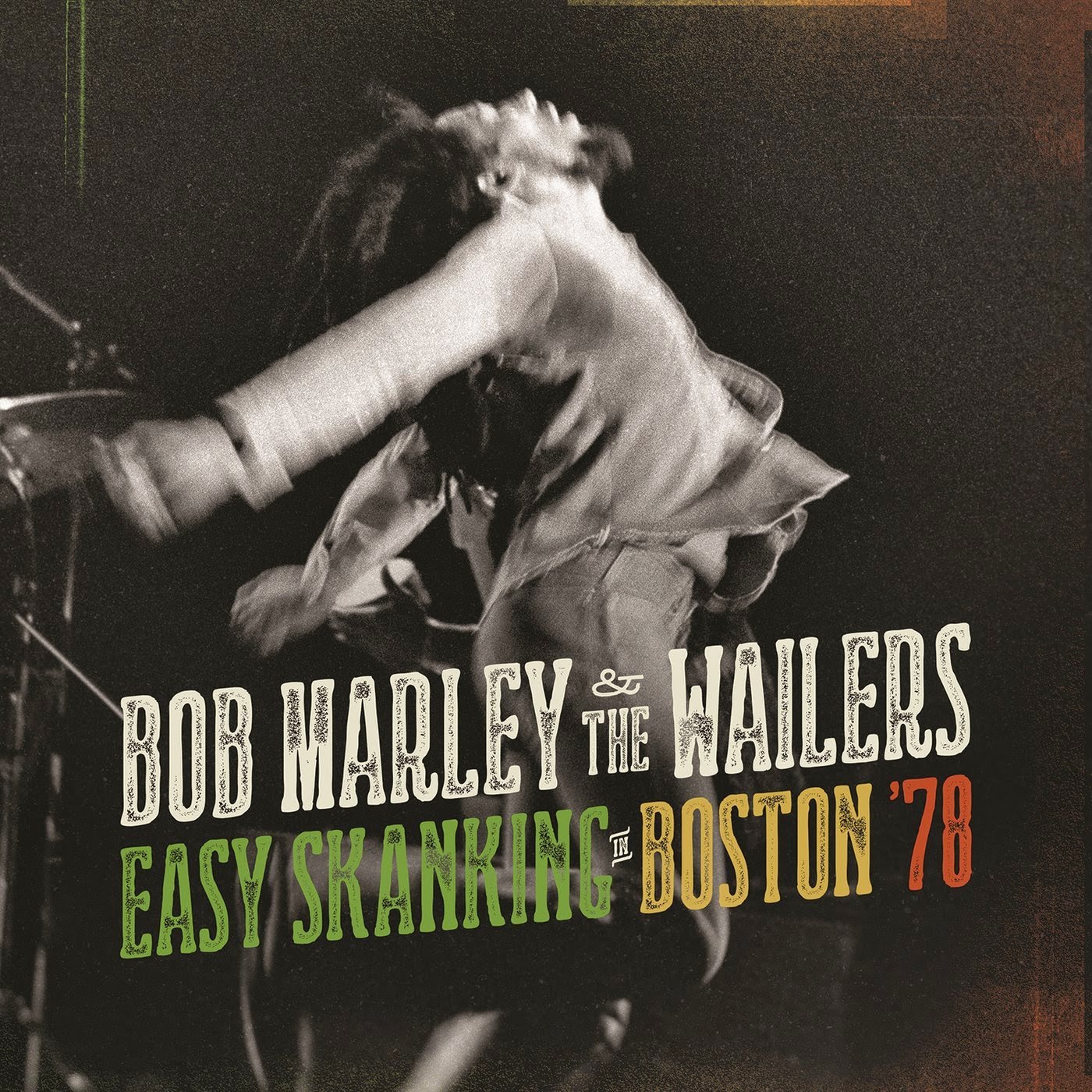 The Marley live concert vaults have certainly been mined several times over the past few years.  Every time there's another deluxe set or anniversary edition, every time a few months slips by without some new product to keep the fire hot, out comes another 70's concert.  Since most of these are from either the U.S. or Europe, where the required recording gear was available, the set lists tend to be similar.  You get the hits, the latest albums highlights, pretty much the legend of Bob Marley, as per the Legend album.

Yes, there's a burn-out factor now that I've acquired about ten different takes on Jamming, and thirteen on No Woman, No Cry.  However, we're not dealing with a bunch of hired guns behind Marley; The Wailers and The I-Threes were a real band, taking cues from the leader but ready to improvise and find new soul within the songs on any night.  Now that we've all had the luxury of examples of several tours over several years, it's obvious how tight this unit was when needed on the well-known hits, and how easily they could turn things around if a groove got going they liked.  This is pretty amazing, considering the copius amounts of ganja being smoked off and on-stage.

This show does start with some lesser-known cuts, at least for the standard hits fan:  Slave Driver, Burnin' + Lootin', Them Belly Full and The Heathen warm things up for all.  Then comes a relaxed and reworked version of I Shot The Sheriff, Marley playing around rather than sticking to the studio cut.  No Woman, No Cry sets the stage for the final assault, the big party of Lively Up Yourself, Jamming, Get Up, Stand Up and Exodus.  I did hear some technical glitches that have been fixed up, some equipment hum has been filtered out as much as possible, but it's still there, and may signify the best quality tapes from Marley have now been used up.  I'm sure they will find something else to release though, the Marley family has let out more music than the Hendrix estate, and seem to have no problem keeping up a constant pace.
Posted by Bob Mersereau at 9:00 PM