MUSIC REVIEW OF THE DAY: LINDA RONSTADT - JUST ONE LOOK 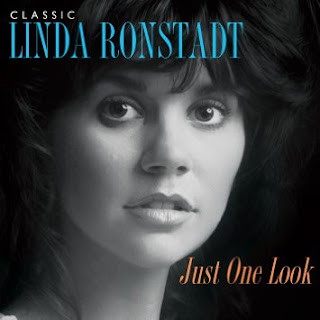 Not a greatest hits, not a best-of, this two-disc set is subtitled Classic Linda Ronstadt, which leaves it wide open. What it is primarily is a set of her country-rock and pop hits, leaving out excursions into jazz vocal standards, Gilbert & Sullivan and soundtrack schmaltz. So for the most part, it's the hits you know, at least on disc one: Tumbling Dice, You're No Good, It's So Easy.


The funny thing about disc two is that it concentrates on her later pop albums, which didn't have that many hits. So there's three from Mad Love, five from Get Closer and four from Winter Light. While it's nice to see some focus placed on good album cuts such as her version of the McGarrigles' Heartbeat Accelerating, the collection really slows down as the hits dry up.


The other issue is the focus on the latter albums on disc two means there's not enough room to fit all the fine stuff from the 70's on disc one. As always, there's the token appearance of Different Drum from her Stone Poneys days in the late '60's, but her earliest solo work, while she was at her most country, is barely touched, nothing else pre-1973. There's no Long Long Time, no Rock Me On The Water, no Silver Threads and Golden Needles. Heck, When Will I Be Loved isn't even here, a #2 hit. You know what? A think a four-disc box set was in order.
Posted by Bob Mersereau at 11:15 PM