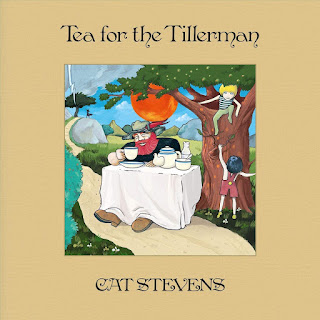 Yusuf continues to look back on his old Cat Stevens days, announcing a new "Cat-O-Log" collection, featuring expanded issues of his old albums. These two aren't his earliest, but rather his first singer-songwriter releases, both from 1970, the two that catapulted him to North American fame. His earlier music, which first made him a star in England, had been pop fare created for the star-making treadmill. That was stalled by a serious bout of TB, and an epiphany. When Stevens did return, it was with more introspective, acoustic music, a perfect fit for the James Taylor/Joni Mitchell/Carole King days. 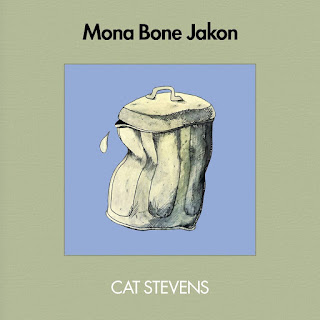 Mona Bone Jakon is the lesser-known of the two, but a fine stage-setter, with minor hits "Lady D'arbanville" and "Trouble," the self-mocking "Pop Star" and the exquisite "Lilywhite." Quickly on the heels of that successful transition came Tea For The Tillerman, with the big hit "Wild World," the hippy anthem "Father And Son" and a bunch of enduring favourites including "Hard Headed Woman" and "Where Do The Children Play?" Generations of children have heard these songs sung as lullabies by their parents.
For big fans, there are Super Deluxe versions of each of these albums, including new remixes, blu-ray audio, lots of TV performance videos, vinyl versions, demos, live concerts and more. Oh, and mega-price tags too, $240 bucks or so. Far more affordable are these two-disc versions, the original album on the first, featuring remastering, and then a cut-down assortment of the bonus material. Mona Bone Jakon gets five demos, including an unreleased number, which easily could have made the album. There's a couple of BBC live cuts, and two more from a British festival appearance that summer, in rough bootleg shape, but important examples of Stevens' new style presented for the old home fans.
The Tea For The Tillerman bonus album is a little more generous, 14 cuts versus the 10 on the other reissue. We get the rather odd but historically fascinating "Honey Man," a duet with Elton John which only got released as a promo back in the day, plus the completely unreleased finished track "Can This Be Love?" The "Wild World" demo has unfinished lyrics, but still packs a mighty punch. And the live versions here are well-chosen, especially the powerful versions of "Into White" and "Father And Son." Any Cat Stevens fans will delight in these sets.
Posted by Bob Mersereau at 10:50 AM