MUSIC REVIEW OF THE DAY: JANN ARDEN - UNCOVER ME 2 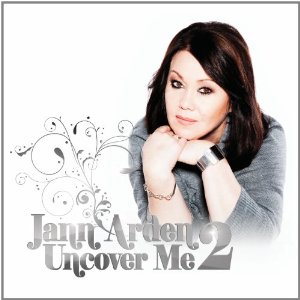 Back for another go-round, Arden certainly doesn't have to do covers, but says she was asked and convinced by producer Bob Rock.  Must have been a paycheque deal, I can't really see why either would be desperate to do it.  However, let's mark it on it's artistic merits and interest value, instead of getting all snippy.  See, I have to have these conversations with myself all the time.  Glad you could join me.

Arden's interesting personality comes out in this covers set, as it did on the first.  You get the usual suspects, a couple too many in fact (Love Hurts, You Don't Own Me, the must-have Fleetwood Mac song), and the quirky old chestnuts with some of her personality injected (Que Sera Sera, This Girl's In Love With You, Is That All There Is?).   But then somebody, one hopes Jann herself, reached a little deeper in the data banks, and came up with some surprises.  As an old Top 40 fan, I tip my hat to the Motels' Only The Lonely, and Dorothy Moore's Misty Blue.  The real head-scratcher is a cover of The Smiths' Last Night I Dreamt That Somebody Loved Me, which opens the disc.  She doesn't make it her own, and it stands out in its relative obscurity, so it must be that she really just loves it.  More satisfying is a cover of one of her own songs, written and recorded (but not yet released) for her pals in SheDAISY, who also sing backup here.  It's a fine story-song, and did deserve to find a home on one of Arden's own discs.

I just wish it wasn't this one.  As much as I enjoy a good covers set, and as much as I like a lot of her choices here, its the producer I have a beef with.  Rock's recorded this in way too glossy a setting, with all smooth sides and no edge.  It's a squeaky-clean sound, and even sounds like it's been put through a processor set to "cotton candy".  I am no great technical whiz, but something's unreal about the effect, and I've never felt that way before about any of her discs.  In the end, this makes the disc music for fans of polyester.
Posted by Bob Mersereau at 8:21 PM