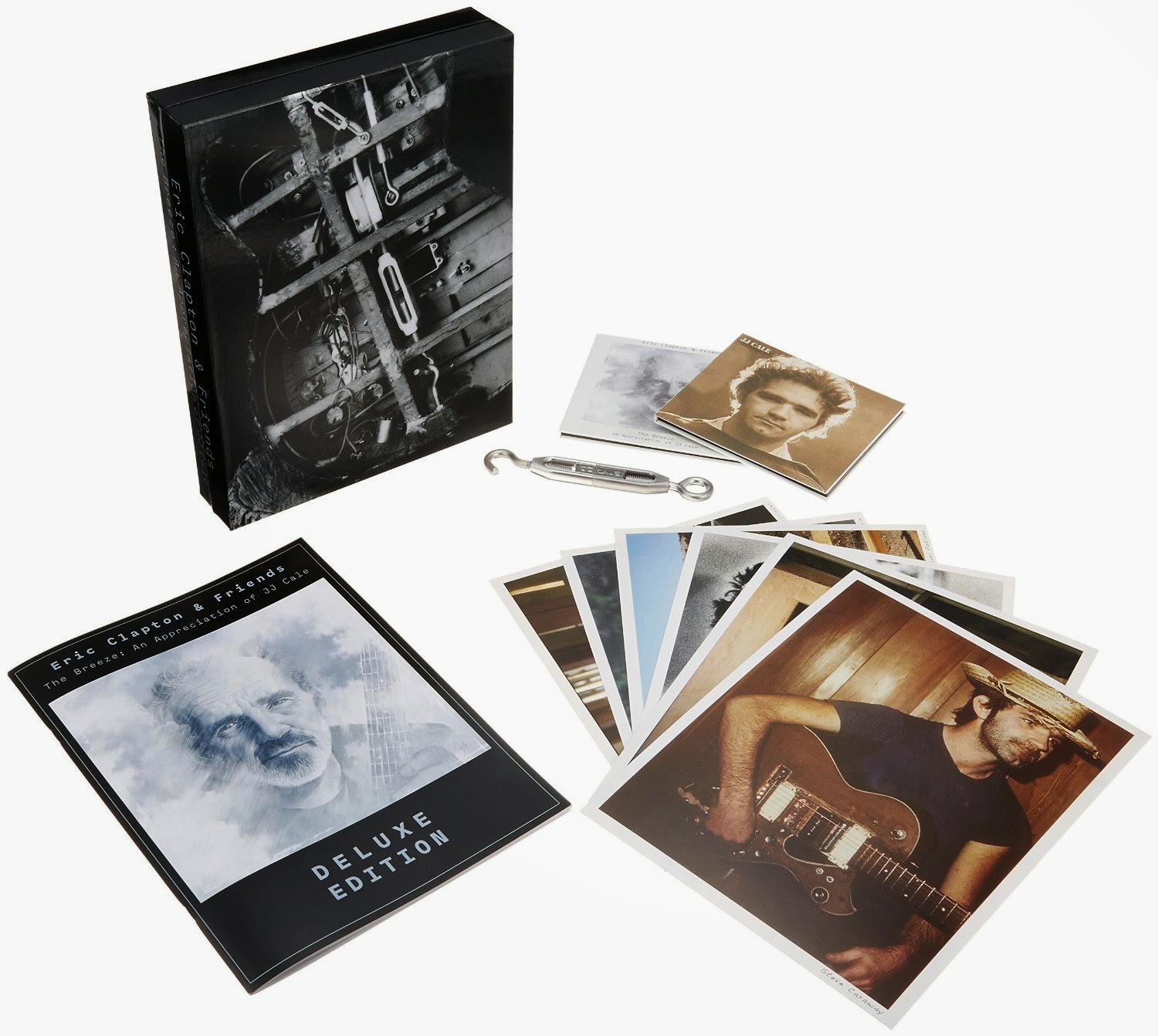 When this album came out in the summer, it was called the best thing Clapton's done in many a year.  Of course, that simply means that J.J. Cale songs always stand out, whether he's doing them, or his most-appreciative musical colleague.  Clapton of course reworked his entire career after hearing Cale in the early 70's, covering his After Midnight and Cocaine, and taking his laid-back approach to music-making.  And when Cale died in 2013, Clapton was fast off the mark to arrange for this tribute.

Now months later, we get the deluxe box version, a box set already for a virtually-new album.  Actually, there's not a a wild amount of music here, just two CD's worth, but it comes in a box to house photos, a big booklet, and a special USB of the music, and to show the artist deserves the recognition.  The bonus music is a CD of all the Cale original tracks that mirror the tribute CD versions, plus an important extra, the very early and first version of After Midnight, recording way back in 1966.  With such favourites as Call Me The Breeze and Magnolia on the disc, it's a fine single-CD collection of prime Cale.

The USB is a classy thing as well.  Pictured on the box cover is the back of Cale's trademark acoustic, where he got much of his sound.  In the cut-away vantage point, you can see that the guitar is held together with a series of turnbuckle clamps, required after Cale's tinkering to keep it from collapsing.  The USB is a replica of one of those clamps; pull it open and you find the connection.  A novelty, but nice nonetheless.  Really this is for the big Cale and Clapton fans, who want to join in the tribute.  The rest can be happy with the single-disc version, where guests such as Mark Knopfler, John Mayer, Tom Petty and Willie Nelson join Clapton.  It's remarkable how little they change the songs, and how much they still sound like Cale.  I guess that's the ultimate compliment; oft-covered, never bettered.
Posted by Bob Mersereau at 10:21 AM