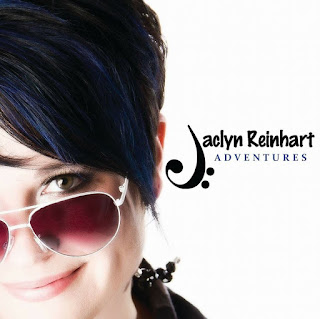 Surprisingly harder pop-rock from the New Brunswick songwriter on her second full release, at least compared to her first, more singer-songwriter styled release from way back in 2011. She's actually been sitting on these tracks for awhile, and it's good to see strong rockers such as Won't Do This finally arrive. They are all full-band rockers, heavy on the crunchy lead guitar courtesy of Aaron Currie.


Waiting a couple of years to release them probably works out pretty well for Reinhart, as they fit in well with the current 80s fixation. I can think of a few spandex-clad bands from then that would have killed for Liam, Shut Your Mouth or some of the other nasty-edged, emotional cuts. Her short, sharp lyric lines fit with the power chords, and rattle a few bones along the way.


Reinhart will be in Saint John in Kings Square on Thursday, Aug. 18, again in Saint John on Saturday, Aug. 27 at Decimal 81, in Moncton at Plan B on Monday, Aug. 29, and will have a CD release party in Fredericton on Sept. 12 at Planet Hatch.
Posted by Bob Mersereau at 10:10 PM