MUSIC REVIEW OF THE DAY: COREY GULKIN - ALL THE THINGS I'LL FORGET 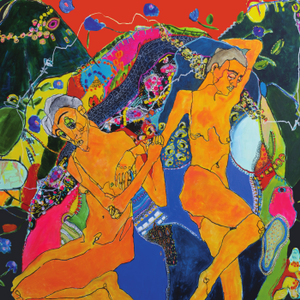 Formerly going by Corinna Rose, Gulkin reverts to her actual name for her second album because of, she says, the highly personal nature of the material. It's a collection of eight songs that deal with an abusive relationship and her own growth after. While the subject matter is intense, the presentation is more other-worldly, or at least semi-conscious, both aurally and at many points in the story. She observes the partner asleep at the start, and sleep figures in a few of the tracks. She's pushed the abuse down so it's denied, part of a different reality, not the one on display. "Silent stoics, they tuned it out, and pushed it down, down," we're told in "Under The Covers", then "I know I would kill if I could just wake up."

The dreamscape music is a remarkable, gentle folk blend featuring a trio of harp, electric guitar and banjo, then layered with synth effects. Again, like the lyrics, it often builds to a quiet intensity, never jarring but a little unnerving if you're listening close. Gulkin uses close, soft vocals, sometimes without a clear melody, a bit like Julie Doiron's quiet material. Matched against the unique tones of banjo meeting harp, the effect is powerful in its beauty. When she sings "I forgave but I can't forget", after meeting in "The Room", it's a stunning conclusion.
Posted by Bob Mersereau at 8:31 PM