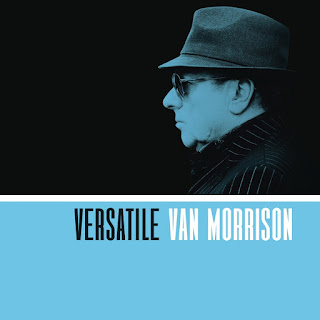 It seems odd that Morrison would release two albums in three months, but then again, he's never been known to conform with the usual practices. Whereas last fall's Roll With The Punches was a blues album, this one is jazz. It follows the same pattern, with several well-known standards, and a handful of originals. There's fewer guest stars though; Punches has Jeff Beck, Georgie Fame and others, while this just features Irish flute master James Galway on one track, with the rest of the long album handled by Morrison and his jazz players.

While the band plays it straight, Morrison goes meandering, both on vocals and his alto sax. Sometimes that means a few grunts and groans and mumbled lyrics, and he weaves around the melodies of time-honoured classics such as "I Left My Heart in San Francisco" and "A Foggy Day." He's using his voice like a sax of course, but the range is starting to go, and the pitch ain't perfect at times. At its best, there are some inspired numbers, and even a chestnut like "Bye Bye Blackbird" can be fun. At times though, there's a sharp contrast between the smooth and spot-on playing of the band, and Morrison's meanderings. Of the new material, lead track "Broken Record" is the best, and fun, with Van imitating skipping vinyl, repeating the title phrase several times, in scat style. Who knows what's next for the unpredictable legend, now 38 albums into his career.
Posted by Bob Mersereau at 1:33 PM