MUSIC REVIEW OF THE DAY: THE OLYMPIC SYMPHONIUM - BEAUTY IN THE TENSION 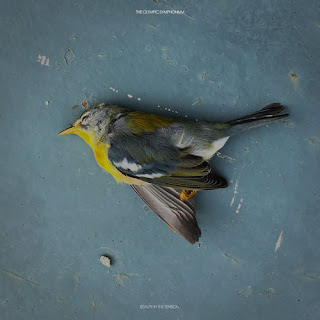 It's time once again for that fantastic Fredericton festival, Shivering Songs. Originally conceived as a one-time fun way for the local group Olympic Symphonium to release a new album, it's grown to a yearly event, featuring friends and fab choices from the group, this year featuring David Myles, Timber Timbre, Hillsburn, Tim Baker and many more.

Few tickets remain, but there are scattered shows open, including the co-presentation Thursday night of Songs of the City, a free event for the United Way featuring Catherine MacLellan, The Symphonium, Josh Bravener and others, presenting songs and stories inspired by positive change in the community. Yours truly is also part of the festival Friday, when I'll be joining Catherine MacLellan for her show If It's Alright With You, which presents the songs and stories of her father, Gene MacLellan. We'll do a Q & A after the performance about the detective work we've both been doing the past few years, tracking down all this information about her dad.

Meanwhile, our hosts are at it again, using Shivering Songs as a platform to launch their latest effort. This is the fifth album for Olympic Symphonium, called Beauty In The Tension. The laid-back quartet are masters at creating big, soft pillows of beautiful sounds, highlighted by soaring harmonies, heart-tugging lyrics, moody mixes, and sweet lap steel and electric guitar.

There's some glorious interplay throughout the album, especially when the guitars and pedal steel start weaving together. 'The Middle,' a somewhat upbeat number for the group, features some twin guitar lines in harmony, along with the steel sweetening it all, like some cowboy dreamscape. 'Glory of Love' directly references that old Peter Cetera power ballad, but it's a hazy memory from a distant road trip, bittersweet and more America than Chicago. New single 'Comedy' borrows John Lennon's Mellotron from 'Strawberry Fields Forever,' and features lovely harmonies from guest Jennah Barry. 'Lost In The Party' features the nifty trick of making horns sound lush. More beauty than tension, really.
Posted by Bob Mersereau at 10:16 AM