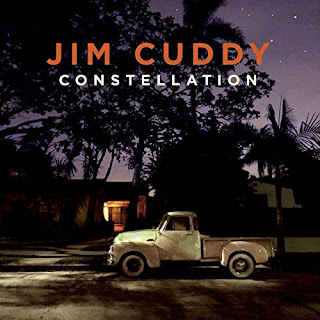 We all know Jim Cuddy's role in Blue Rodeo, as the sweeter, saner side to Greg Keelor's flights of fancy and '60's-based experimentation. It's one of the most perfect yin-yang combos in the biz. But while the Force is strong in Cuddy, he doesn't really have a dark side to draw on for his solo outings. There's only one to thing to do then, and that's go for it. Constellation sees him play all his cards, from the feel-good opener "While I Was Waiting" to the country-flavoured "Where You Gonna Run" to the heart-tugging piano and cello number "Constellations", and that's just the first three songs.

Whereas Blue Rodeo might shy away from the pop delights of "Beauty and Rage", the Cuddy group revels in the electric piano and big backing vocals. That's not to say you wouldn't find any of these songs on a Blue Rodeo album, but you certainly wouldn't find all of them, it's just too upbeat a set. Even the ballads don't have the big drama , it's simply more easy-going. The band, featuring Rodeo mates Bazil Donovan on bass and guitarist Colin Cripps, violinist Anne Lindsay, drummer Joel Anderson and keyboard player Steve O'Connor, keep a smooth groove throughout, and there's no great amount of soloing, just the occasional parts where the organ pops up or the mandolin cuts through. The emphasis stays on Cuddy's voice, the aural equivalent of a hug and a smile.
Posted by Bob Mersereau at 9:38 PM