MUSIC REVIEW OF THE DAY: RIA MAE - MY LOVE 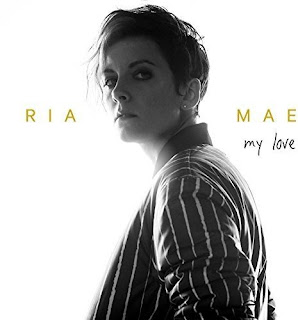 Catching up with Halifax's Ria Mae has been a hard job the last while, with lots of new music, videos, big tours and future plans rolling out. She released her latest E.P., the seven-track My Love, just before Christmas, and already has another she's working on, planned for this summer.

My Love features the fall hit Bend in two different versions, the regular one and the Thomas Gold remix, which cranks up the dance floor to '80's. Also included is the new single, Red Light, a break-up song with melancholy vibes but still with strength (and a beat). There's a journey through the E.P., a drama that follows relationship ebbs and flows. Guesting on the track Broken is Tegan Quin, Mae getting to sing with her musical influence and now friend, after they toured Europe together this past year, as she opened for Tegan and Sara.

Mae's moving forward with her mix of pop, dance and hip-hop, keeping the lyrics and stories well-crafted and central. It's smart music you can move to, and which moves you back.
Posted by Bob Mersereau at 8:00 PM