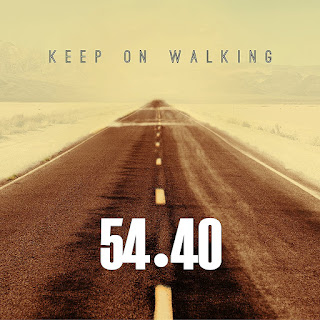 The incredibly long-lived band (formed 1981) returns with their first album of new material since 2011, although there was a fine acoustic hits album, La Difference, in 2016. What hasn't changed, and what will never change for them, is the quality songwriting, and attention to production detail. Founding member Neil Osborne writes the words, everybody writes the music, and as usual, it's tight, fun rock, catchy and clever.

Osborne is one of the better observers with his lyrics, reflecting life back at us, with a message or two, nothing preachy but enough to make you think a little. "How's Your Day Goin'" is simple enough, standing in line at Starbucks (Vancouver band, natch), realizing everybody's on their phone in line, and the only person it's okay to talk to is the barista. There was a time we'd all ask the titular question, as a matter of politeness. With lots of experience behind him, Osborne has some advice throughout the album for those having a bad day, week, or year: "I can tell you are walking through hell/if you want to find peace, keep on walking," he sings in the title cut. Meanwhile, the group makes lovely little earworms out of all these sentiments. And that's why they've been around so long.
Posted by Bob Mersereau at 8:27 PM