MUSIC REVIEW OF THE DAY: RAY CHARLES - KING OF COOL THE GENIUS OF RAY CHARLES 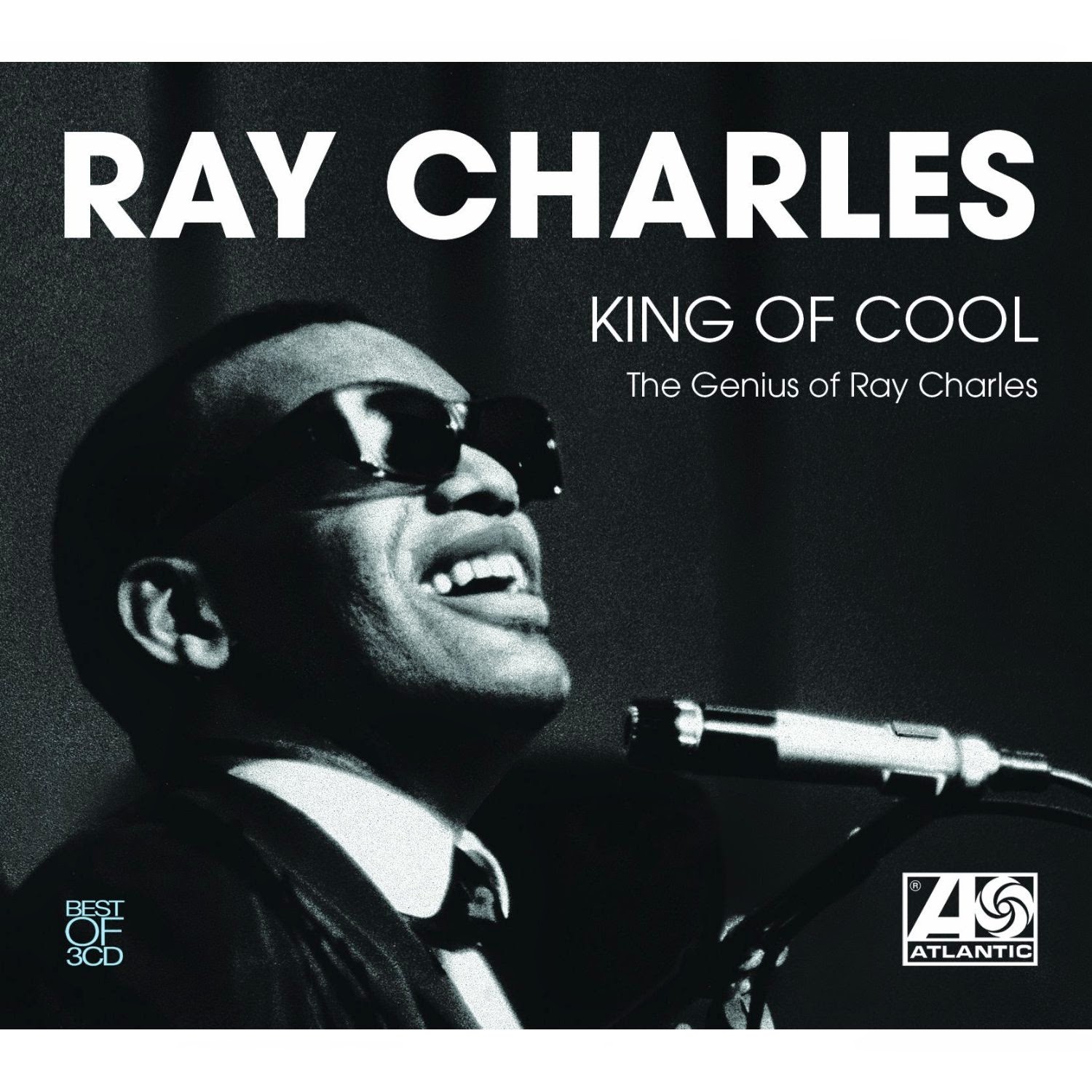 It's fascinating to see what happened to Ray Charles, the acknowledged Genius of Soul.  He pretty much invented the style, mixing jazz with a hard-edged R'n'B sound, adding in just the right elements of blues and gospel, and setting the benchmark for the genre throughout the 1950's.  It's a remarkable body of work, but for the most part, he's not even best-known for it.  That didn't happen until he crossed over to a bigger (and whiter) audience after 1960, and the hit What'd I Say.  Then he went on a string of popular (but lesser) genre-hopping discs, including Genius + Soul = Jazz and Modern Sounds In Country & Western Music.  The big hit freed him, let him leave Atlantic Records for much bigger paycheques, more experimentation, but ultimately diminished artistic work for the rest of his career.

Unless you really have a hankering for his I Can't Stop Loving You, or Beatles cover Eleanor Rigby, the place to head for Charles is any of the Atlantic Record compilations, like this new one.  I'll take Mess Around, Lonely Avenue and Drown In My Own Tears anytime.  There have been boxed sets and greatest hits around for years, but this three-disc budget release is reasonably-priced and pretty complete.  All three discs are over 70 minutes, so that's three-and-a-half hours for about 40 bucks.  It's packaged similarly to sets earlier this year on Aretha Franklin and Otis Redding, all thrills and no frills, so don't expect liner notes or track information.  You can get that online anyway, or email me and I'll write back a couple of thousand words.

Briefly, you get all his hits here from the start of the Atlantic contract in 1953, after he wrapped up the more jazz-leaning days of the Ray Charles Trio.  This stuff is gold, and what's great is his dynamic electric piano and organ-playing, and the vocals.  His voice is much grittier than you're used to, and there's a lot more emotion and rawness on the best songs.  Plus, the Raelettes get involved, excellent singers themselves, able to take major parts and co-leads on some numbers.  While the R'n'B chart hits were the bread-earners, Charles was still interested in jazz and orchestra numbers, big vocals numbers with sweet choral accompaniment, and instrumentals.  I'm partial to the raw stuff, but his vocals win you over on the ballads and jazz numbers, and he seemed to make better song choices then as well.  For instance, Don't Let The Sun Catch You Cryin' is covered with strings and and sweetened with singers, but it stills has, well, it's called soul.  He invented it.

There's a bit of a bonus here as well.  In the past, the Atlantic compilations have pretty much stopped at What'd I Say, as Charles then jumped ship to ABC.  That meant some pretty good early 60's hits were left off.  Now though, the rights to those songs belong to the Charles Foundation, so the compilers have been able to license three of the best from 60 - 61, Georgia On My Mind, Unchain My Heart and Hit the Road Jack.  They are certainly welcome.
Posted by Bob Mersereau at 1:30 PM