MUSIC REVIEW OF THE DAY: THE ALLMAN BROTHERS BAND - THE 1971 FILLMORE EAST RECORDINGS 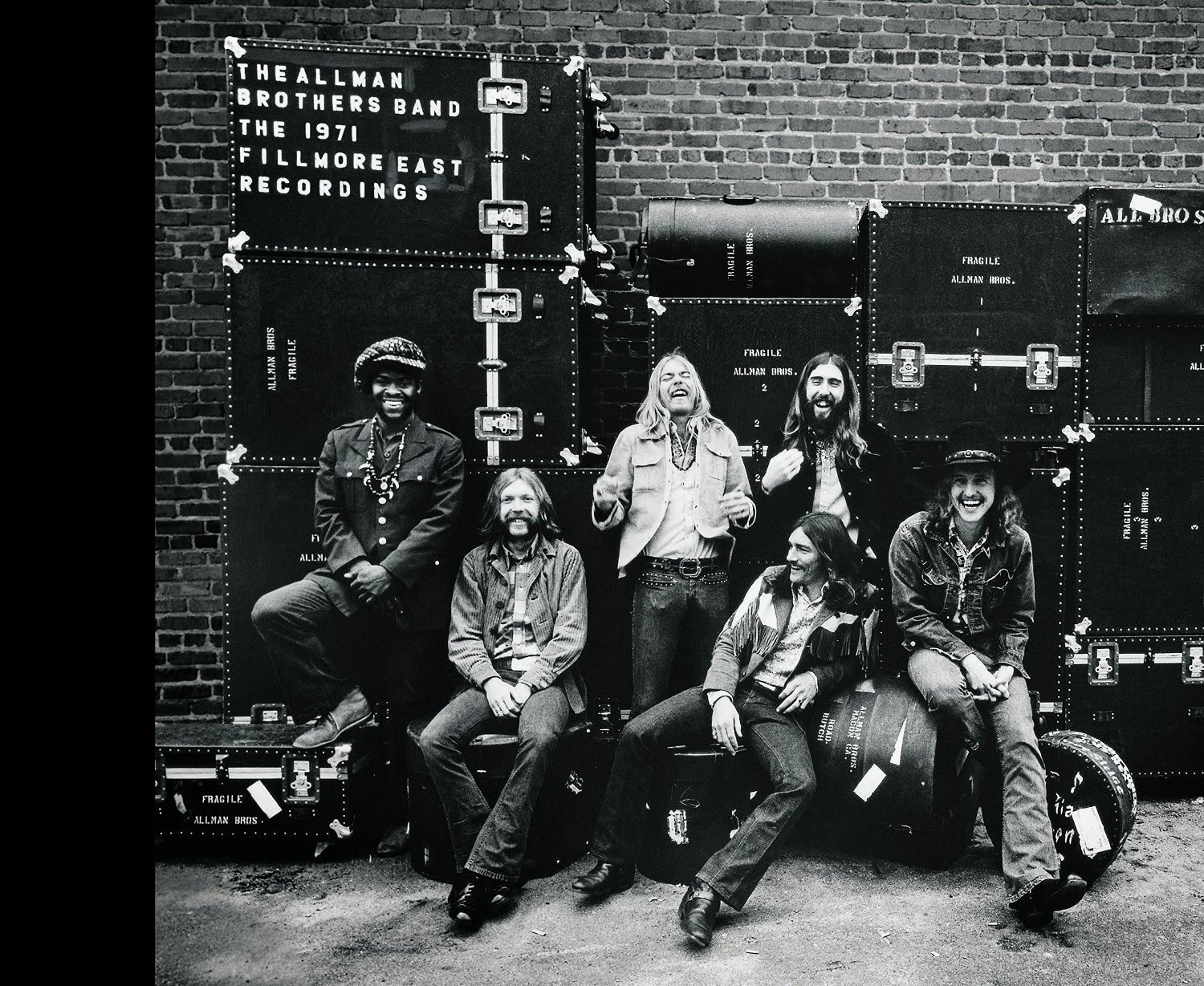 There is a bit of an issue with all the bonus tracks and special editions that have come out over the years, the ones collectors especially love. With all the expanded versions out there, sometimes the integrity of the original album is getting lost. A lot of discs now have extra stuff stuck on the end, b-sides, demos and filler material, so that the original, beloved set is diluted as a listening experience. Some are wisely refusing that practice. The Beatles, for instance, have not tacked on bonus material to those famous albums. Instead you find it on such extra sets as The Anthology Series or the BBC collections.


At Fillmore East was the album that made The Allman Brothers in 1971. The glorious interplay of the band, the righteous jamming, and especially the terrific guitar playing showed how tremendous they could be on the right night, and how their two studio albums had failed to capture that live spark. It set the tone for the group's whole career in fact, as they have always been more appreciated for their live concerts and recordings.


The original set was a huge hit, making the band true stars. A double album, it was recorded over three nights of shows at the Fillmore East in New York in March of 1971, although nothing from the first night was usable thanks to a wrong-headed decision to invite a horn section along, who were under-rehearsed and weak. The other two nights proved excellent, but due to the length of some of the jams, including You Don't Love Me, In Memory Of Elizabeth Reid and Whipping post, only seven cuts were spread over the four sides. So there was lots left. The group immediately started milking the recordings, with their next album, the double Eat A Peach, more than half made up of more Fillmore.


There have also been two major reissues in the CD years, The 1992 double disc The Fillmore Concerts had alternate takes of some of the songs on the original album added, and more previously unreleased tracks. In 2003 came the At Fillmore East Deluxe Edition, which restored the original album versions from Fillmore and Eat A Peach, and added yet another element, a cut from the June 1971 closing night of the Fillmore East set, Midnight Rider.


And now we get this monster. It's made of up six CD's, which is the entirety of the March 12 and March 13 nights, both first and second shows. The final CD has the Fillmore East's closing show from June 27, 1971, something that's already been released as the extra disc on the deluxe version of Eat A Peach. So with all these variations, you can see how the actual, original At Fillmore East is now a bundle of confusion, unless you just stick to the old-fashioned vinyl.


Now you get the shows as they happened chronologically, and with much repetition. Statesboro Blues starts all five shows here, Don't Keep Me Wonderin' is in four of five, so are Elizabeth Reid, and Whipping Post. By the fourth show, they were starting to loosen up a bit, and it includes Stormy Monday and the mammoth Mountain Jam, the one featured on Eat A Peach. But this points out the problem once more; the original album was made by picking the best cuts and versions, and you have to be a true Allman fan to want to hear the warts. Not that they are too awful, but that sax player they did allow to stay after the first night's debacle never did gel with the group. There are a couple of useless solos in the first couple of shows. The band weren't immune from it either; Dickie Betts botches his lead on One Way Out on the fourth show, which is why Eat A Peach featured the June 27th take. It all gets too repetitive and complicated.


So here's where I stand on this. Get the $60, 6-CD if you are that big Allman fan, but keep your original album around. Enjoy the various versions at some point, while reading the very good and lengthy notes. The rest of you, grab a still-available single CD set, or maybe the reissued vinyl or some old guy's used lp's.
Posted by Bob Mersereau at 1:46 PM