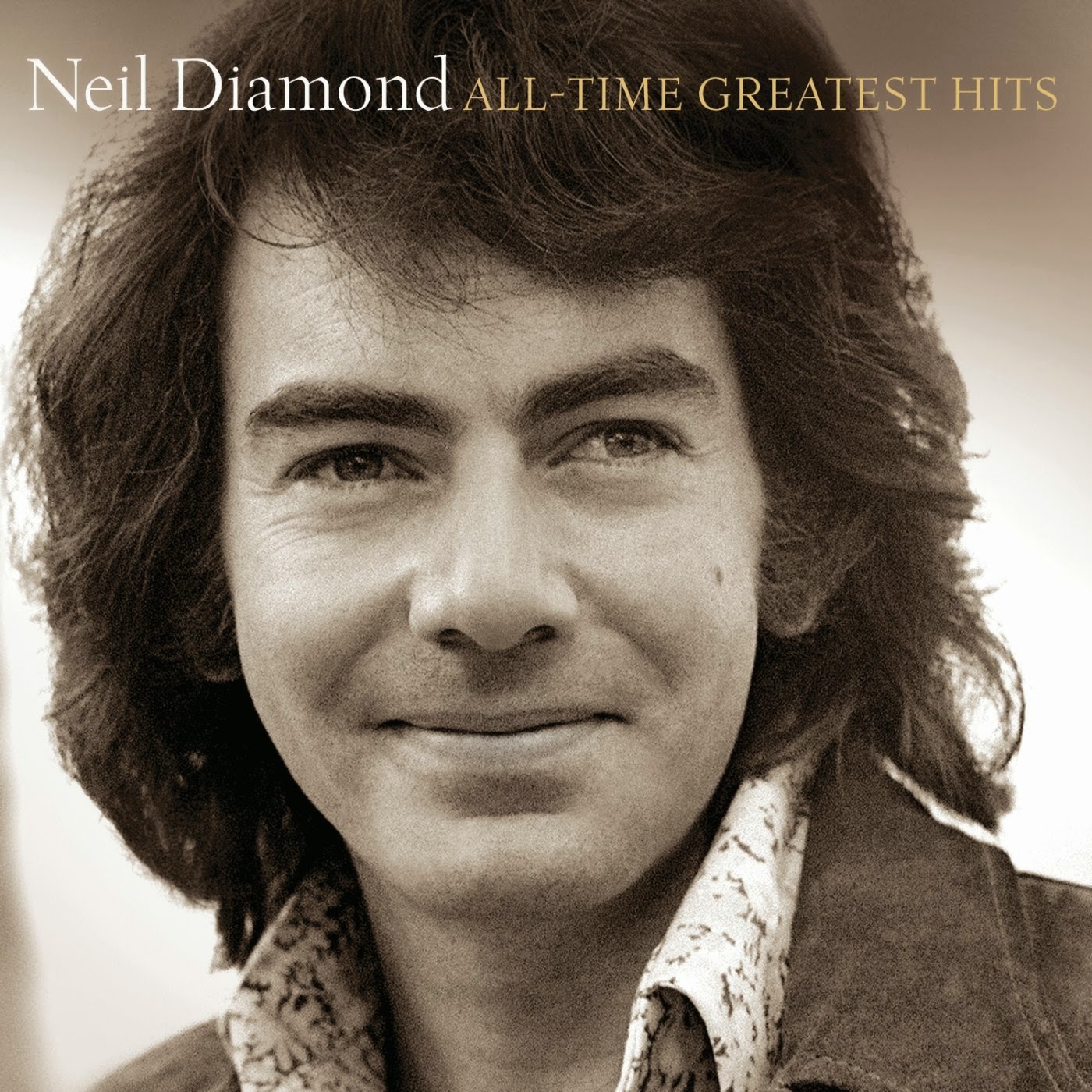 It's a pretty tough job deciding what to put on a single best-of, and what to leave off. You have so many periods to sample. There is his first, Brill Building hit-writing time, where he composed pop gems for others (I'm A Believer for The Monkees) and his early favourites such as Solitary Man and Red Red Wine (later a hit for UB40). Then he graduated to his own stardom as a singer-songwriter, with Sweet Caroline and Holly Holy.


Things got a little more serious with thinking numbers I Am .... I Said and Song Sung Blue, and there were attempts at being a serious album artist, such as the Robbie Robertson-produced Beautiful Noise. Some of his biggest hits were also his most bland, such as You Don't Bring Me Flowers, heard here in its original, Barbra-less version (no better). Then came the questionable movie move, for The Jazz Singer, with America and Love On The Rocks. The 80's were not kind to Diamond, and are ignored here, but so are his fine comeback albums of the 2000's.


At 23 tracks and almost 80 minutes, there are few clunkers here, and more gems such as Cracklin' Rosie, Shilo, and Cherry Cherry. But missing are I Thank The Lord For The Night Time, Longfellow Serenade, and any of his early, exciting live material. You might want to search around for a double CD set, or go deeper into more of his albums.
Posted by Bob Mersereau at 12:51 PM