MUSIC REVIEW OF THE DAY: CHRISTMAS CHEERS AND JEERS 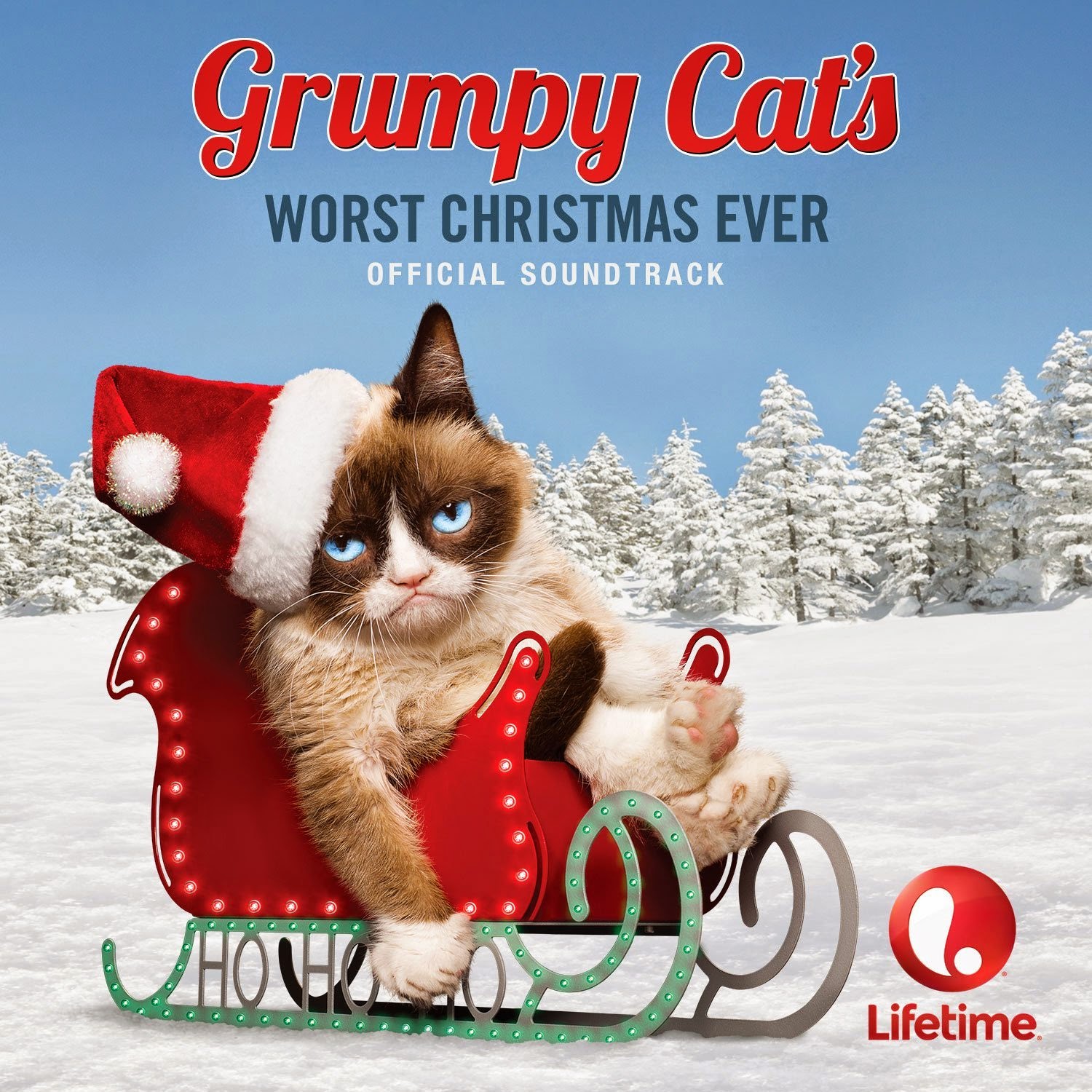 As usual, the Christmas season brings a flood of new music, either brand-new sets or repackages. There are soundtracks, themed collections, record companies try virtually every way to market these each year, so I can only assume there are decent profits in it. Okay, I have to stop being so cynical, lots of people do it for the right reasons, for charity or simply the fact they love Christmas music. Still, sometimes I have to shake my head.


You would think that a tie-in with the popular Grumpy Cat online sensation would be, umm, cheesy. And you would be absolutely right. Apparently there is a Christmas movie, on TV I think (I'm not about to do even the least bit of research on this), and this is the soundtrack, Grumpy Cat's Worst Christmas Ever. What a bad idea, what a bad collection. At least the cat doesn't sing, but there are a couple of themed songs with some kind of connection to a story line, one called It's Hard To Be A Cat At Christmas by some group called Cats Across America. You get the picture.


Well, with such a bad taste in my ears, the best plan is to wipe that memory out with some classics. I've always loved the great Christmas albums made from the Motown stable of stars back in the '60's, and have a few collections by them. The latest is here, called Motown Christmas. There's Smokey and the Miracles, The Temptations, Gregory Porter, Tasha Cobbs, Micah Stampley.. hey, wait a second, I've never heard of them! I've been duped, it turns out this set is made up of new Motown artists, not the good old stuff at all. The Smokey cut is from 1970, but they have grafted on a new vocal from one Kevin Ross, a hot prospect for the latter-day Motown. The Temptations cut is an old one at least, a "bonus" track stuck on to make it seem like this is one of the classic Motown collections. In fact, it is an hour of over-produce nu-soul and gospel, as performed by a group of chronic over-singers. Gah.


Not all new collections come out poorly. Here's one put together for the Francophone market, but is actually a bilingual set, with a French title. Tous Ensemble Pour Noel is an interesting mix of classics and some lesser-known tracks, not completely wonderful but not bad for your Christmas morning play or dinner party background. There's the old, original version of Band Aid's Do They Know It's Christmas, and even the Burl Ives classic, Have A Holly Jolly Christmas. On the interesting side, two of Quebec's beloved acts are included, one from Ginette Reno, and a cool cut from Beau Dommage, 23 Decembre. Roch Voisine chimes in with Promenade en Trianeau, and of course, Celine Dion is involved, but its actually an English track, The Christmas Song. The best cut on the whole disc is from Serena Ryder, Calling To Say. The worst? Well, Bieber is here. That makes me a grumpy cat.
Posted by Bob Mersereau at 11:27 PM