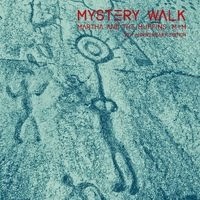 1984 saw Toronto's Martha and the Muffins shake things up and become virtually a new band. The name was shortened to M+M, to reflect the new reality; Mark Gane and Martha Johnson were the founders and leaders, and had decided to cut the payroll, since they didn't play many gigs anyway. Also, the pair were expanding their sound, building on their New Wave past with more rhythm and grooves.


Along for the ride was producer Daniel Lanois, still building his reputation, but U2 was just around the corner for him. The trio headed to New York's famed Power Station for initial tracks, and grabbed some hotshot session pros, such as the funky Yogi Horton on drums. They then proceeded to make an album greatly different than anything previous, including their hit Echo Beach.


There were two big dance tracks, Black Stations/White Stations and Cooling The Medium, but they weren't disco-era hedonist stuff. This was partying with a message. Black Stations/White Stations was an outsider's shock at the continued segregation of music in the U.S., with playlists decided by ethnicity. The Canadians put it bluntly: "Stand up and face the music, this is 1984!" It actually worked on the dance stations at least, rising to #2 in the States, the duo's biggest U.S. hit (Echo Beach had inexplicably missed the charts there, despite being a hit in England, Australia, etc.)


There were more treasures inside, including Nation Of Followers, with Gane handling the vocals on this smack-down of the Canadian tendency to play it safe, and follow instead of lead. There were other bands that started using big rhythms in their music at the time, but M+M was a leader for sure, especially with its direct messages.


This 30th anniversary edition adds five cuts from the sessions; the instrumental B-side X0A 0H0, and two remixes each of Black Stations/White Stations and Cooling The Medium. There's also a good little essay that puts it all in perspective for this often overlooked Canadian gem.
Posted by Bob Mersereau at 7:15 PM