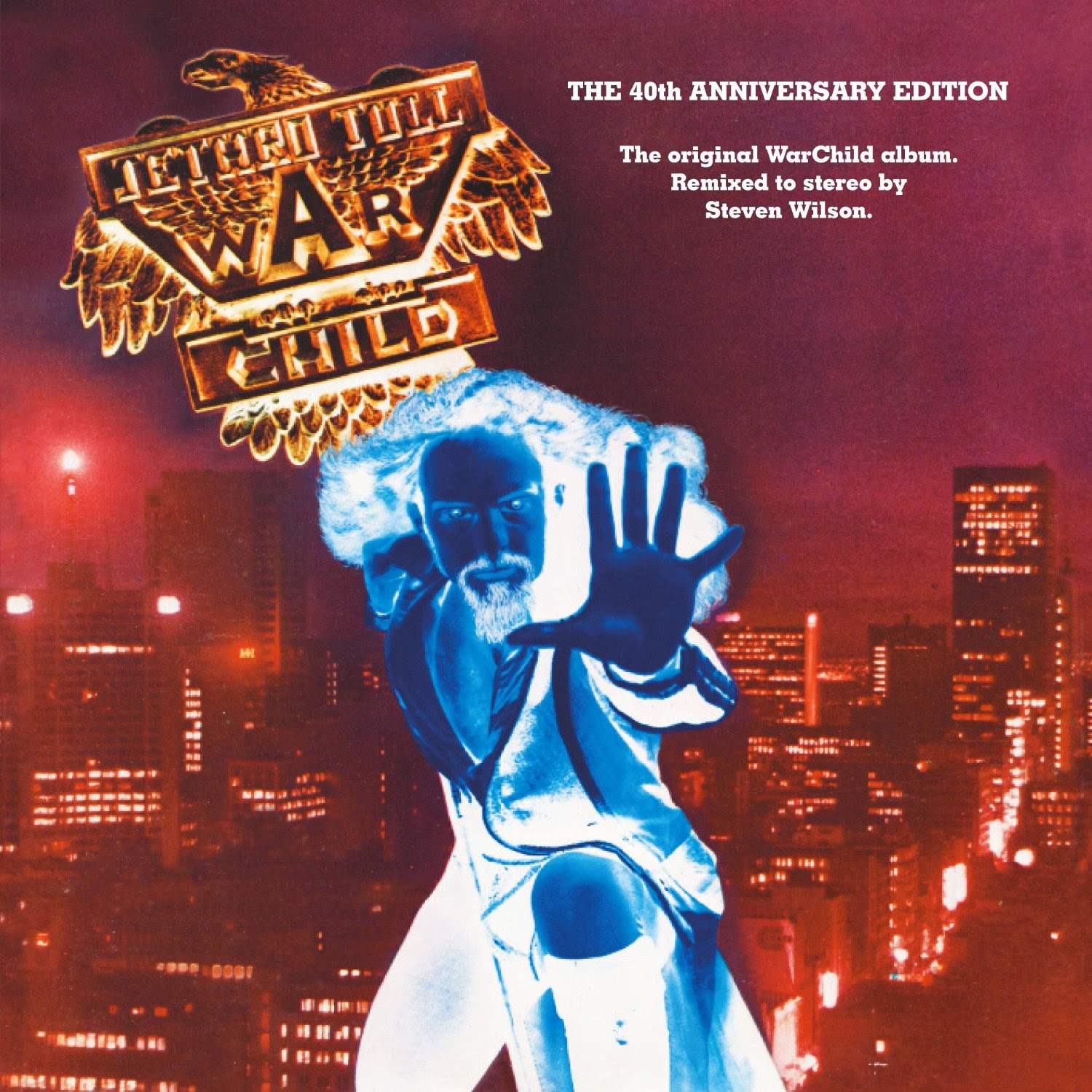 Jethro Tull fans are being treated better than anyone else these days, with an on-going series of lavish reissues of the group's classic albums.  Each one comes housed in a mini-box featuring original discs, tons of other session recordings, and stunning new 5.1 audio versions, as remixed by the renowned Steven Wilson, the go-to guy for this task these days.  Interestingly, the band, especially Ian Anderson, doesn't try to sugarcoat each reissue.  If he thinks it was a failure, he'll say so, and often is less enthusiastic in the liner notes than critics or fans.  He likes to split up the band's big catalogue into three piles; the strongest, the middle bunch, and the weakest.  He ranks War Child near the top of the middle pile.

Released in 1974, it followed the somewhat disastrous A Passion Play.  Although it sold well coming in the wake of Thick As A Brick, it was trashed by most for its complicated storyline and lack of exciting moments.  At first, War Child threatened to go down that path as well.  When first announced, Anderson told the press it would be a feature film, along with a soundtrack score album, and another, rock-based album.  He'd done a big film treatment and attracted some interest, since they were hugely popular, especially in the U.S.  After several months, the plan fell through when no financial backers were found.  Finally it was decided just to release a standard album.  In the end, most of the songs had little to do with the movie plot, and just as well as its a confusing story.  Listeners weren't left trying to decipher the meaning as they were with A Passion Play, and could just enjoy.  While it wasn't as full of great melodies, humour, sharp playing and interesting lyrics as Thick As A Brick, this is certainly decent Tull, with three bona fide gems:  Skating Away on the Thin Ice of the New Day, Bungle in the Jungle and Two Fingers.

Disc two is collector's heaven, featuring over an hour of finished tracks recorded at the same time as War Child.  There's an entire suite of instrumentals, nearly-classical compositions from Anderson that were supposed to be for the War Child soundtrack album.  Then there are eleven more cuts, not out-takes but finished studio pieces.  Anderson explains that these weren't intended for War Child, but rather as potential singles or B-sides, works in progress that got dropped for any number of reasons.  Maybe they didn't meet the requirements or they didn't scream "hit", but they are quality tracks nonetheless.

The book in the box features a lengthy history, lots of quotes from Anderson, a timeline of important dates, including all tour stops, anecdotes from the road from two of the women who were in the string quartet, and excerpts from the original film treatment Anderson wrote that inspired the whole War Child episode.  The entire tale of the album is even a good story, and reading about it helps increase your interest in the music.  Don't tell anyone, but I always like Bungle in the Jungle anyway.
Posted by Bob Mersereau at 9:47 AM