MUSIC REVIEW OF THE DAY: TRUE DETECTIVE - MUSIC FROM THE HBO SERIES 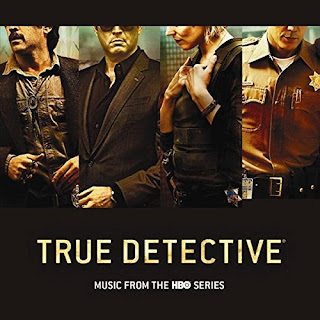 The popular HBO series is known for its music, as supervised by the one and only T Bone Burnett, soundtrack wiz (O Brother Where Art Thou, Nashville, etc.). Each episode is packed with mood-appropriate music, causing fans to rush to their computers to find out just who that was singing. There can be as much talk about which songs are used as there is about plot points.


It's surprising it took this long for a soundtrack to come out, given the clamor by fans, and the amount used in each show. They could have had a half-dozen volumes by now. Since there was so much to choose from, this collection will polarize fans as well, just as much as the debate over the quality of season two.


Everybody loved season one's theme song, from The Handsome Family, Far From Any Road, and it's here, as is the more controversial choice for the second season, Leonard Cohen's Nevermind. A lot of the disc is given over to cast member Lera Lynn, five songs. She's also a recording artist, and Burnett chose her as a co-writer for the series, along with Rosanne Cash, to come up with these tunes. Some are very powerful, including A Church In Ruins, but she's not the most striking performer, I'm surprised at her choice. There's probably a ton of available talent who would die for the gig, even established stars, and a more evocative voice would have left a stronger mark.


By using all these original songs, there's not a lot of room for the many strong choices from the series. At least the real score Burnett arranged does find a home here. Back in 1963, Bob Dylan made a last-minute line-up change to his second album, The Freewheelin' Bob Dylan. Just before it came out, four songs were dropped, in favour of stronger, newer material including Masters of War and Girl From the North Country. The song Rocks and Gravel has stayed in the archives until it was used in the first-ever episode of True Detective last year, and now finally shows up in a place we can buy it. That alone is reason enough to grab this, and with other strong material from Nick Cave, Father John Misty and Cassandra Wilson, it's a worthy set. Still, it could have been much better. Vol. 2 anyone?
Posted by Bob Mersereau at 6:21 PM