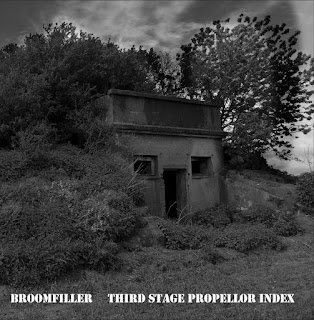 Long-lasting Toronto tuneful punksters Broomfiller have let lose the second single, Tears Me Apart, from their 2015 return album, Third Stage Propellor Index. Around since the early 2000's, this is just the group's third album proper, and first in almost a decade. But energetic guitar and a feisty attitude never goes out of style, nor does a catchy song.


Tears Me Apart's a fine example of what the band is about on this album. The melody and vocal stands out even though the punk staples are still in place. And while the music may not be quite hard core, the emotions are. Like other songs on the set (first single How Long, So Long), the raw side of love is being studied, split-ups and those who probably should.


That's not to say Broomfiller can't bring it; Amputake crashes just fine, the guitar riff is nasty and discordant, and the whole thing is pleasantly unpleasant. It's tricky finding a balance between punk and musical, and Broomfiller does it well.
Posted by Bob Mersereau at 3:09 PM