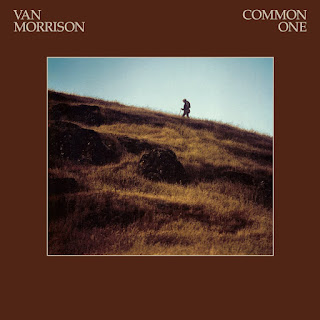 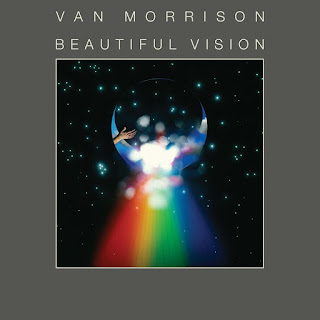 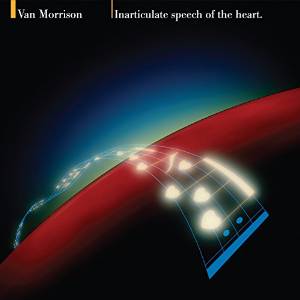 One nice thing about the vinyl comeback is that many forgotten or ignored albums are back for another chance. Not every piece of an artist's catalogue was given a deluxe reissue, or any sort of notice on CD, but vinyl doesn't care about bonus tracks or liner notes. In this case, these relatively unheralded albums from Morrison can be judged on their original merits once again.


From the early '80's, these albums are vastly different from each other, at a time when Morrison seemed adrift and searching for a sound. The r'n'b of his most-loved '70's albums had been left behind, replaced by forays into Celtic, jazz, atmospheric new age synth sounds, and spiritual excursions. They can be fascinating, rambling and frustrating, often on the same side of one LP.


Common One comes from 1980, and is a hybrid of Celtic and jazz. It's also a spiritual collection, something that does link all three of the albums. In this case, the songs are epics, just six of them, with the sides coming in at 28 and 26 minutes aside. Haunts of Ancient Peace sets the mood, with lots of single horn parts from sax man Pee Wee Ellis and trumpeter Mark Isham, background singers doing the ooh's, and mythological lyrics. Van the spiritual man, then. His lyrics are influenced by classic poets, with Summertime in England, in its 15 minutes, a celebration of nature and the people who wrote about it, Blake, Elliot, Wordsworth. Joyce and Coleridge all referenced. Moving through different tempos and sections, Morrison riffs and raps, playing with the strings and horns, making this a fun and unique track.


The worst thing about Beautiful Vision is its bland and pointless cover, some half-moon image in front of a star field with a hand coming out. That alone probably cost the album about 200,000 copies in sales. Too bad, as it is his most accessible album from this period. It features solid and uplifting songs such as Vanlose Stairway, Cleaning Windows, Dweller on the Threshold and the title cut. The music is a little too atmospheric at this point, as he continued to edge towards the non-groove side of jazz. It would have been a much better album
with the songs approached in funkier arrangements.


From 1983 comes Inarticulate Speech of the Heart, where Morrison allows the synth and New Age sounds to dominate several songs. There's an annoying sheen to the album, and as producer, he's to blame. The bottom end is flattened out, there's too much echo on his vocals, and what good songs are here are neutered. Four bland instrumentals don't help either. Also, like Beautiful Vision, it features a ghastly cover, both designed by some guy named Rudi Legname. Oh, and Van gives special thanks to L. Ron Hubbard too. It taxes the patience of even the biggest Van fan I'd think.


But there are good songs here, which would blossom in other settings. The title cut, in two different versions has lyrical merit and sounded good live. Irish Heartbeat makes its debut, albeit barely Irish here but would soon great when used as the title cut of his much-loved album with The Chieftains in 1987. Rave On, John Dunne, his spoken-word with instrumental backing poem would be one of the highlight's of the Live at the Grand Opera House Belfast album the next year.


It was a tough period for Morrison, not without its rewards, but not one to dwell to long in. Vinyl is the best friend of these releases as it turns out, as 20 or 25 minutes is about all you need at a time.
Posted by Bob Mersereau at 9:35 PM