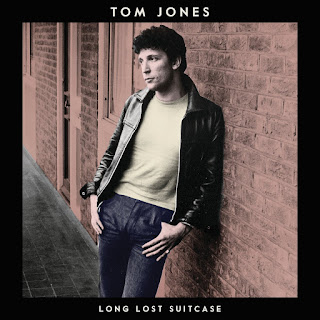 At 75, Jones doesn't have to do anything or prove anything.  No longer shackled by commercial demands, over the past decade he has established himself as a blues singer, something he would no doubt have much rather been through his career.  The first guy I can remember paying Jones props this way was Van Morrison, doing a duet with him, and Van knows his blues singers.

For this album, Jones strips things down to rootsy blues, R'n'B and country, coming up with '50's sounds for cuts that range from that era to more modern stuff.  Grabbing Gillian Welch and Dave Rawlings' Elvis Presley Blues is a nice touch, as Jones can certainly feel the lyrics; The King looked up to Jones when they were pals in the Vegas years.  He can easily handle a classic Hank Williams tune in Why Don't You Love Me Like You Used To Do, and for the big blues, Willie Dixon's Bring It On Home seems almost a joy for Jones to sing.

The only problem with Jones now is that his famous pipes are still very much intact.  That over-the-top, operatic punch that made showstoppers such as Delilah and It's Not Unusual shake the speakers is barely muted on these tunes.  It's like having a jet engine in a Subaru, the guy is all-powerful.  It works best on the rowdier stuff, whereas on the ballads that old Vegas Tom comes through in your memory.  But hats off to him for such a fine, late-career resurgence AND still making them scream at the three-quarter century mark.
Posted by Bob Mersereau at 11:10 AM